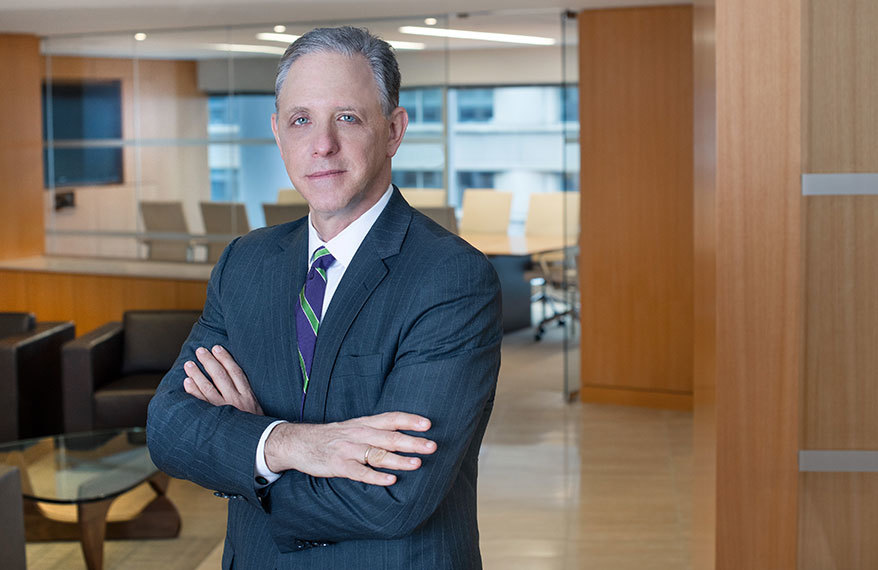 Roy is a trial and appellate litigator who focuses on commercial and regulatory matters with emphasis on the transportation industry as well as the application of international trade law to a range of industries. He represents airlines and other aviation industry participants in litigation over airport fees, government rates and charges, consumer issues, and federal grant assurances, and brings and defends antidumping and countervailing duty cases.

A business and regulatory litigator focused on aviation, other transportation sectors, and international trade, including antidumping and countervailing duty cases, Roy has first chair trial experience before juries, federal and state court judges, and administrative agencies and before courts of appeal throughout the United States.

Roy draws on his extensive trial experience to counsel companies and individuals facing a wide range of complex legal issues. He helps airlines and other aviation industry entities in regulatory challenges, manufacturers and importers in trade disputes, argues appeals, defends patent holders, and represents companies before arbitration panels throughout the United States and Europe.

Roy represents airlines, an airline trade association, and fixed base operators in 14 C.F.R. part 13 and part 16 administrative litigation before the FAA.

Roy focuses on ensuring that airports that receive federal funds comply with their "grant assurances," by filing complaints with FAA and in the U.S. Court Circuit Court of Appeals to challenge airport conduct.

Roy has represented U.S. manufacturers and foreign exporters in numerous antidumping and countervailing duty cases involving imports of various articles from countries throughout the world, including a special emphasis on cases involving Chinese imports.

In 2021, Roy obtained dismissal of a putative class action against a Mexican airline which canceled flights because of a Polar Vortex freeze by demonstrating that the Montreal Convention preempted the class claims.  Roy has also obtained dismissal of putative class claims against several other airlines based on preemption under the Airline Deregulation Act.

In 2021, Roy led the team that obtained antidumping and countervailing duty tariffs against imports of twist ties from the Peoples’ Republic of China.

In 2016, Roy assisted the City of Ontario, CA obtain transfer of the ownership of Ontario International Airport from Los Angeles.

Roy previously represented seven airlines in their successful effort to reduce by hundreds of millions of dollars the rates and charges imposed by Los Angeles International Airport for use of its terminals.

He also represented airlines in successful challenges to user fees imposed by the FAA for air traffic control, the Transportation Security Administration for airport security screening, the State of Hawaii for cargo inspection fees and the Township of Tinicum, Pennsylvania for landing at Philadelphia International Airport.

Roy has represented major airlines in negotiating airport leases and litigated many cases involving patents in the airport and airline industry.

He played a leading role (including two oral arguments before the DC Circuit) in groundbreaking litigation against the first FAA fees for the provision of air traffic control and related services, which can serve as a predicate for future development of ATC user fees, and the potential legal challenge to such fees.

Representation of protester and intervenor in multiple bid protests before the GAO regarding USAID rule of law contracts in developing countries.

"Strategic Differences Between and Considerations Involving the Choice of Federal and State Jurisdiction," University of Baltimore School of Law, February 2014

"The Use of FAA Part 16 to Enforce Federal Grant Assurances Agreed to By Publicly Funded Airports," Stinson White Paper, March 2021

"Can the Dormant Commerce Clause Shield Airlines from Applying State Wage-and-Hour Laws to Employees who Fly Predominately Outside that State?" Stinson Alert, March 24, 2021

"Contractors Should Not Leave Money on the Table: The Federal Circuit Clears the Way for Boeing to Use the Tucker Act to Sue DoD for “Illegal Exaction” in Connection with Contract Costs," Stinson's Government Contracting Blog, December 2020

"What the High Court May Not Address in Frequent Flyer Case," Law360, December 2013

"Ginsberg v. Northwest: An Opportunity to Bring the Ninth Circuit into the Fold on ADA Preemption," The Air & Space Lawyer, October 2013

"A Tale of Two Airports: Why DOT Found Unjust Discrimination Against Airlines at LAX but Not at Newark," CCH Issues in Aviation Law and Policy, October 2007

"Airline Challenges to Airport Abuses of Economic Power," Journal of Air Law and Commerce, May 2007

Who's Who Legal in the Category of USA Transportation Litigation (Contentious), 2021