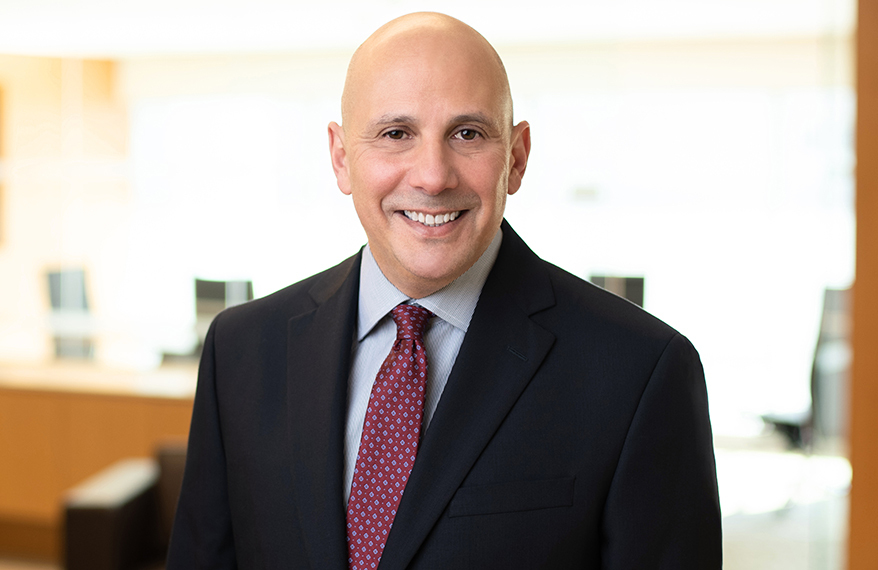 A former client and in-house counsel at a Fortune 1000 company noted: “I have been delighted and impressed with the work Joel has done. Really – delighted, not a word I use often when I talk about legal work. He is that good.”

Joel leads the firm's White Collar Criminal Defense & Special Investigations practice group. A former federal prosecutor and public defender, Joel blends relevant government experience with a nuanced understanding of the complex laws and enforcement actions impacting clients facing white collar criminal, civil enforcement, congressional and other investigations. Clients rely on Joel to provide a strategy with the best chance of delivering a superior result. He is a tireless advocate who delivers close, personal attention to his clients. Having tried hundreds of cases to verdict, Joel applies his experience to handle cases for wide-ranging industries and issues including health care, financial services, corruption, government contracting, export control, environmental, immigration and international challenges. He marshals facts, manages evidence, negotiates and conducts effective trial work to achieve outcomes. In addition to his years of enforcement experience at the Department of Justice, Joel also is a former assistant director of enforcement at the Public Company Accounting Oversight Board (PCAOB).

Joel currently serves on the White Collar Committee and the Strategic Litigation Committee for the National Association of Criminal Defense Lawyers.

Represented quality assurance manager of dietary supplement manufacturer in grand jury and FDA investigations regarding sale of contaminated batches of products. Resulted in no charges being brought against client.

Preserved license and kept doors open at a compounding pharmacy confronted with allegations by industry and government that it was producing an alternative version of an FDA-approved drug outside the parameters of Federal Food, Drug, and Cosmetic Act (FDCA) 503A and 503B.

Persuaded the DOJ and the Department of Defense (DOD) Criminal Investigative Service to drop criminal charges against government contractor who had been arrested for allegedly selling fraudulent and non-conforming parts to the Defense Logistics Agency (DLA).

Successfully prevented charges and other actions from being brought against construction-consulting firm and its principal who were targets in District of Columbia City Council "pay for play" investigation conducted by the DOJ, Internal Revenue Service (IRS), and Department of Labor's (DOL) Inspector General.

Convinced the DOJ not to prosecute or pursue other action against CEO of subsidiary to large public utility who was identified as a target of an "8(a) set-aside" fraud investigation brought by the DOJ Antitrust Division and Public Corruption Section.

Represent company in an industry-wide criminal price-fixing and bid-rigging investigation by the DOJ's Antitrust Division.

Retained by audit committee of public company to investigate allegations against its board chair for misappropriation of corporate funds.

Defended former chairman of Philadelphia area bank against TARP-fraud, investor fraud and bank fraud charges brought by the DOJ, working in conjunction with the Special Inspector General for the Troubled Assets Relief Program (SIGTARP) and the IRS. Trial resulted in a split verdict.

Persuaded the DOJ and Federal Housing Finance Agency (FHFA) not to prosecute or otherwise bring action against luxury home real estate corporation and its managing broker who were targets of mortgage fraud and bank fraud investigation.

Represented investment advisor prosecuted in New York federal court for securities fraud and tax fraud in case brought by the DOJ and the IRS.

Obtained declination of charges for business owner who, originally having entered the United States through diplomatic channels, was targeted in immigration fraud investigation brought by the DOJ and the Department of Homeland Security's National Security & Joint Terrorism Task Force.

Represented foreign national business owners targeted in cross-border immigration fraud conspiracy to bring illegal workers into businesses across the United States in prosecution brought by the Human Rights and Special Prosecutions Section of the DOJ, the Department of Labor and the State Department's Diplomatic Security Service.

Defended international subsidiary against corruption charges before the World Bank Sanctions Board.

Served as U.S. counsel to defend foreign nationals against extradition to Eastern District of New York for offshore trading and Foreign Account Tax Compliance Act (FATCA) violation, and to challenge legality of extraterritorial detention and search for evidence by foreign and U.S. authorities.

Joel is a member of the National Association of Criminal Defense Lawyers’ White Collar Committee and its Health Care Fraud Subcommittee. He taught at the National Institute of Trial Advocacy, the Justice Department’s central training facility, and the National Advocacy Center. Before becoming a lawyer, Joel helped manage Massachusetts’ Medicaid and other low-income health care programs.