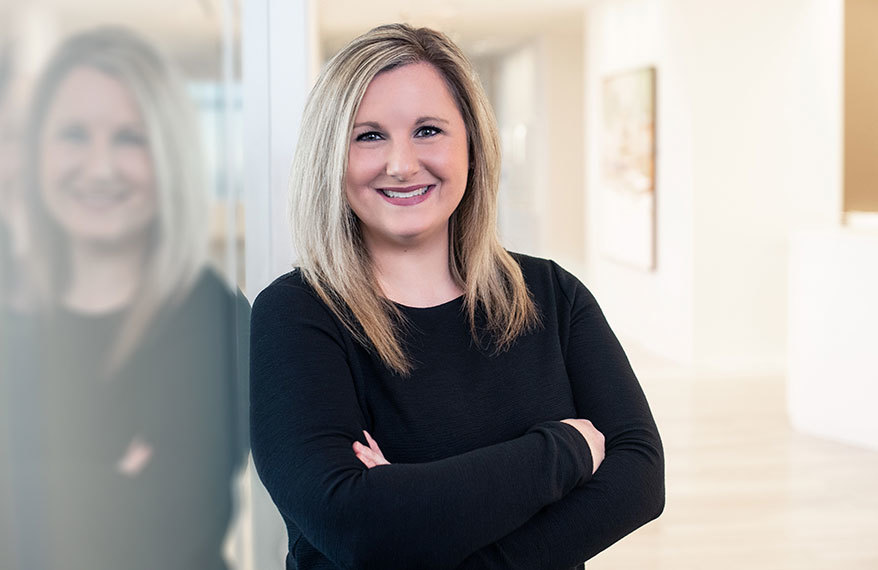 Erin's background in banking and accounting is helpful as she counsels employers and litigates employment, initiative petition and other commercial cases.

Erin defends employers in a range of employment matters, including wage and hour collective and class action litigation including claims under the Fair Labor Standards Act, discrimination and retaliation claims, as well as violations of the Family and Medical Leave Act. She has represented health care IT companies, retailers, banks and others.

She has successfully represented a bank, an electric cooperative and a political action committee in a challenge to Missouri's campaign finance constitutional amendment. She has also defended fiduciary duty and securities fraud claims, and advised nonprofits on corporate governance issues.

Erin successfully defended a trial court's judgment on appeal in a case involving a health insurer's decision to deny enrollment in a health plan.

Erin successfully represented a Fortune 65 health insurer in the largest bid procurement in the state of Kansas resulting in the insurer's retention of a $3 billion contract.

She was part of the legal team defending a global health care IT company in individual and class action litigation over alleged violations of wage and hour laws.

In her broader commercial litigation practice, she has represented an investment bank accused of breach of fiduciary duty, securities fraud and negligence, and represented numerous insurance companies in investigations, financial and market conduct examinations, and other contested case proceedings. She also won dismissal of claims under the Missouri Merchandising Practices Act for a bank client.