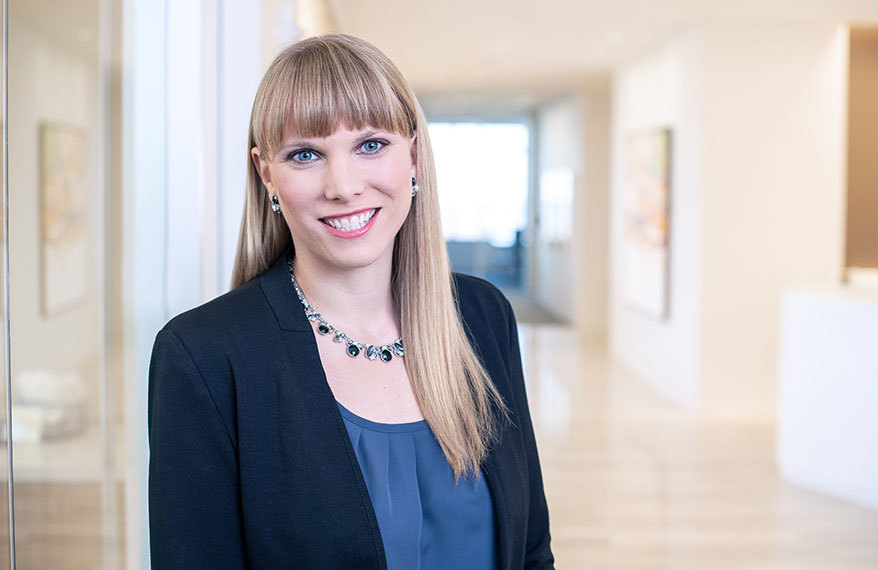 When a business suffers an insured loss, Christina advocates to maximize coverage for her client. If there is a dispute, Christina works to negotiate a reasonable resolution. She has a proven track record of success representing businesses with disputes under all types of business insurance policies, including property and business interruption, professional liability, product recall and contamination, directors and officers, employment liability, general liability, fiduciary liability and cyber.

Christina joined the firm after clerking for the Honorable John W. Lungstrum of the United States District Court for the District of Kansas.

Obtained summary judgment, affirmed by the Eighth Circuit, on breach of contract claim by former bank executive for not paying a "golden parachute" payment

Program Chair and Panelist, "It's All About the Benjamins: How Policyholders Can Work with Brokers, Claims Consultants, and Insurers to Minimize Delay and Maximize Recovery for Complex Property and Business Interruption Losses," ABA Insurance Coverage Litigation Committee Seminar, Tucson, AZ, March 2017

International Relations Council Board of Directors, 2020