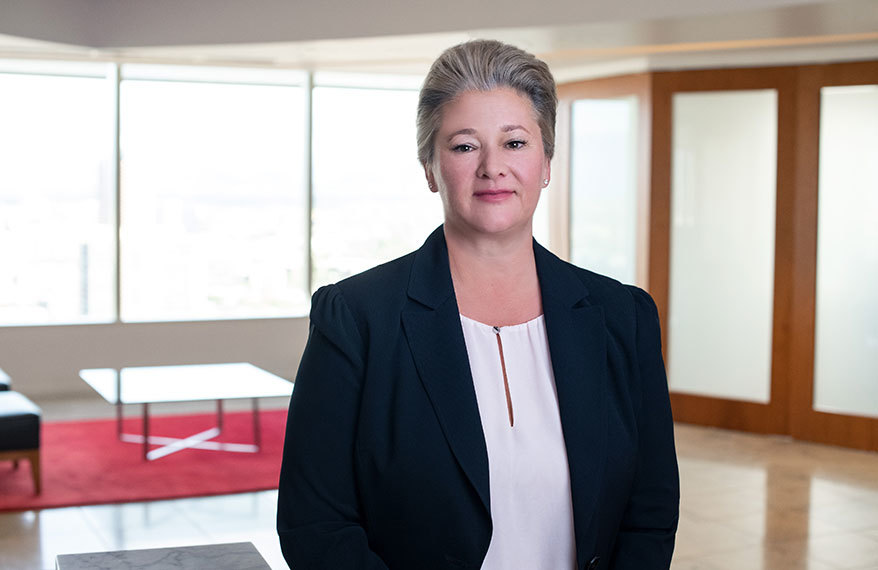 Carrie leverages her MBA to better understand her clients' needs and goals throughout the litigation process.

Carrie defends management clients in employment and commercial disputes across a broad range of industries nationwide. Her trial experience spans more than 20 years, informed by a keen understanding of technological and legislative changes impacting how companies do business.

In an era when few cases go to trial, Carrie has considerable trial skills and experience before federal and state courts, tribal courts, arbitration panels and administrative agencies. During trial, Carrie incorporates the use of advanced courtroom technology to tell the client’s story more effectively.

She defended a car rental company against claims prosecuted by the Equal Employment Opportunity Commission for failure to accommodate an individual employee's religious attire as a deviation from company uniform and attire policy.

She defended an auto dealership against allegations by two service technician plaintiffs of national origin discrimination and retaliatory termination prosecuted by the Equal Employment Opportunity Commission.

She defended a regional construction company in arbitration against an employee plaintiff alleging sexual harassment and whistleblower claims.

Carrie defended an international cemetery and funeral home conglomerate in various multistate FLSA actions in which a nationwide group of former employees alleged that the company instituted illegal pay policies to prohibit the recording of straight time or overtime hours for certain categories of hours worked.

She defended an international cemetery and mortuary company in malpractice trial against four sibling plaintiffs alleging negligent interment, and intentional and negligent infliction of emotional distress.

She represented a diagnostic imaging company in claims for breach of lease and violation of non-disclosure terms.

She defended a property manager company against complaints of housing and disability discrimination.

She defended a national package delivery company in claims of disability discrimination and retaliatory termination against a driver employee.

Carrie represented a delivery company for breach of independent contractor agreement with a retailer.

She has advised trucking, transportation and delivery companies on operational employment issues, including the Motor Carrier Exemption of driver employees.

Tribal Communities, Other Business Entities, and Other Relevant Experience

Carrie successfully defended a business entity against the claim of a violation of the Family and Medical Leave Act and the Americans with Disabilities Act.

Defending cosmetology school (California and Georgia based) in defense of employment and student based claims and investigations of all forms of whistleblower complaints.

Carrie defended a tribal business entity against the claims of a marketing vendor for breach of contract.

She represented a high level executive in a business defamation suit resulting in a multimillion dollar award.

Represented high end clothing company in non-compete and severance negotiations with separating CEO (California based CEO and Kansas based company).

"California Case is the Latest to Address Whether Worker is an Independent Contractor or Employee," Stinson Leonard Street Alert, February 2018

"To Tip or Not to Tip," Stinson Leonard Street Article, July 2016

Recognized in the 2019-2022 editions of Chambers USA: America's Leading Lawyers for Business for Labor & Employment.  Carrie was described as "spectacular" by one source. She brings considerable skill to wage and hour disputes, a range of discrimination cases and matters relating to the ADA. "She has a breadth of knowledge that has been very helpful. Her litigation experience provides valuable insight," one client says.

Recognized in the 2018 edition of Chambers USA: America's Leading Lawyers for Business for Labor & Employment. Clients praise Carrie as a "tremendous, pragmatic, effective labor attorney—she knows how to get to central issues and resolve them effectively. She works for a wide array of both state and national clients, and has noted strengths in wage and hour litigation."

Selected for inclusion in Southwest Rising Stars for Employment & Labor Law, 2012 and 2013