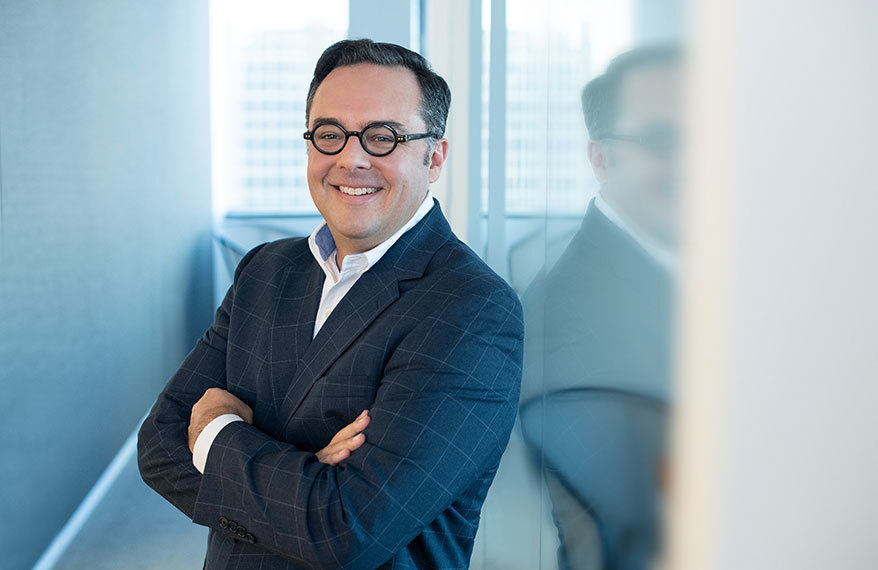 Todd brings great energy and enthusiasm to his clients' projects, and has become well known for his innovative, entrepreneurial spirit and exceptional tenacity to get deals done.

Todd concentrates his practice on sophisticated commercial real estate transactions. Known for representing municipalities and developers in high-profile development and redevelopment projects in the Kansas City area and beyond, Todd leads many public sector and private developer clients in the use of public incentives and other financing to make their projects successful.

Focused on commercial real estate and development with an emphasis on public-private partnerships, for many years Todd has led client teams on major local projects financed with public incentives. He is the Chairman of the firm’s Real Estate and Public Finance practice division nationwide and he proudly works to grow local communities through innovative projects such as Village West in Kansas City, Kansas – including Children's Mercy Park, the home stadium for Sporting KC and the related Pinnacle project – the home for the U.S. Soccer National Education Center. He is currently working on Kansas City's largest mixed-use project, Bluhawk, a southern Overland Park, Kansas project which plans to develop and build a 3,500 seat arena, an indoor multi-sport athletic complex, over 600,000 square feet of retail, hotel and commercial space, along with office and multi-family housing. Todd’s experience with public incentives for such projects includes tax increment financing (TIF), STAR Bonds, community improvement districts (CID) and tax abatement, among other public financing tools.

Todd also has significant experience representing landlords and tenants in commercial leasing matters involving office, retail and industrial property. He has represented sellers and purchasers in the commercial property conveyance, and lenders and borrowers on loans secured by real estate.

Todd led the firm’s representation of the Unified Government of Wyandotte County/Kansas City, Kansas in its development of Village West, the retail and entertainment district adjacent to the Kansas Speedway. He helped negotiate and close transactions to bring Cabela’s and Nebraska Furniture Mart to Kansas City, and he helped the Unified Government in its development of the Legends shopping center, a baseball stadium for the Kansas City T-Bones minor league franchise, and other projects at Village West.

He served as lead counsel to the Unified Government and the Board of Public Utilities in their efforts to be selected by Google from more than 1,100 other municipal applicants to become the first city in the United States to have “Google Fiber” – a fiber network providing internet connections of 1 gigabit per second to businesses, schools and other locations. Todd led the negotiating team and successfully completed a first-of-its-kind development agreement with Google. He subsequently represented no less than six other cities in crafting similar agreements with Google to provide "Google Fiber" to their citizens.

Todd represented the Unified Government in the development of a new $165 million Major League Soccer stadium for the Sporting Kansas City franchise and the development of a 600,000 square foot office campus for Cerner Corporation. He subsequently worked with the Unified Government, Sporting KC and the U.S. Soccer Federation to bring Pinnacle and the National Training Center to Kansas City, Kansas. This new $62 million, world-class soccer coaching and training village provides seasonal training facilities to the U.S. men's and women's national soccer teams and other Olympic sporting activities and a tournament fields complex for children of all ages and skill levels.

He was the co-author of the State of Illinois' STAR Bond Financing Act, which was signed into law by Governor Pat Quinn in 2010.

Todd has helped many of the firm’s clients in the drafting and negotiation of their retail, office and industrial leases. He represented the owner of the largest office park in Kansas and helped lease approximately 2,500,000 square feet of its office space. Todd also serves as counsel to major corporations who lease retail and office space as tenants nationwide.

He worked on the first tax increment financing (TIF) project that was ever awarded to a developer in the City of Overland Park, Kansas. He represented Tri-Land Properties, the developer of Cherokee South Shopping Center, which was granted unanimous approval of its TIF in 2008 by the Overland Park City Council.

Todd was selected to membership in the American College of Real Estate Lawyers in 2014. He was listed in the 2006-2015 editions of Chambers USA Guide: America’s Leading Lawyers for Business for Real Estate and is a Leadership in Energy and Environmental Design Accredited Professional (LEED AP), recognized by the U.S. Green Building Council.

“You Want What? – Three Development Agreement Provisions That Are Very Important to Municipalities, But Are Always Hotly Negotiated,” International Municipal Lawyers Association, September 2008

“Tenancy-in-Common Ownership for 1031 Exchanges – The Risks with TICs,” Probate and Property, January/February 2007

Selected to membership in the American College of Real Estate Lawyers, 2014

Todd has been listed in the 2006 - 2021 editions of Chambers USA Guide: America’s Leading Lawyers for Business for Real Estate, saying that he is "a lawyer with the attitude of 'how do we get the deal done,'" as well as praise from clients for his ability to "think outside of the box and understand the deal with a great entrepreneurial streak."

Selected as one of Kansas City's 40 Under Forty by Ingram's Magazine, 2010

Friends of the Zoo, Executive Committee and Chairman of Building Committee

Phoenix Montessori School, Board of Directors