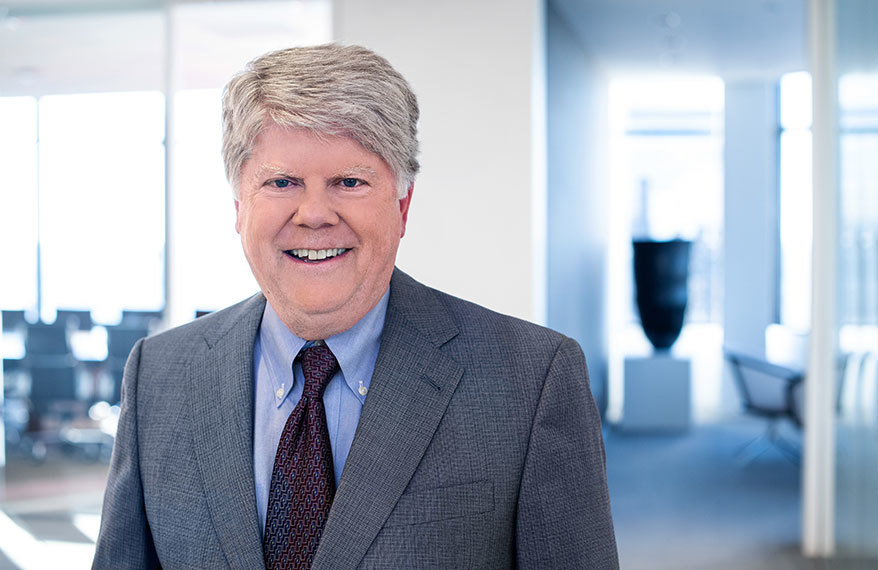 Propane and natural gas companies and their insurers routinely rely on Steve to defend them in high-stakes litigation.

Steve defends propane and natural gas companies and their insurers in state and federal court lawsuits throughout the country involving personal injuries, death, property damage and breach of contract.

Steve has tried more than 30 jury trials and successfully resolved hundreds of cases through arbitrations, dispositive motions, mediations and informal settlement negotiations.  He has been admitted pro hac vice as the lead defense attorney in federal and state cases in 26 states.

Steve was lead defense counsel for a natural gas utility in over three dozen lawsuits and more than a hundred additional claims by individuals, businesses and governmental entities arising from a catastrophic 2009 natural gas explosion that leveled half of a city block in historic downtown Bozeman, Montana. The lawsuits and claims were ultimately resolved for a fraction of their estimated jury values.

The firm represents one of the world’s leading manufacturers of brake systems for heavy vehicles. When one of the client’s customers began experiencing malfunctions of a brake component, the client traced the problem to a defect in a part it had purchased from a small distributor which had in turn obtained it from an international manufacturer. Steve filed suit against the supplier and the manufacturer, ultimately recovering 100 percent of the client’s substantial recall expenses before trial.

Steve prevailed in a commercial arbitration that enabled his client to continue offering tax refund anticipation loans to tens of thousands of its customers.

Steve was successful in the defense of a court-tried case in which the plaintiffs sought indemnification for millions of dollars of damages they had been ordered to pay to victims of a gas explosion.

Steve obtained summary judgment on behalf of an interstate pipeline accused of selling unodorized propane involved in a tragic explosion that caused the victim to be disfigured and to incur almost $5 million in medical bills before his death.

Steve represented a gas company in a double carbon monoxide wrongful death case involving a propane-fired boiler. After Steve's damaging depositions of their experts, the plaintiffs' estates settled for less than 10 percent of their previous demands.

Steve represented a propane gas supplier sued for property damages and lost profits of about $5 million when a commercial building burned down after a forklift cylinder that had been filled by his client leaked propane. Steve chipped away at the plaintiffs’ damage claims and ultimately settled the case for less than one-fifth of the claimed damages. Steve subsequently recovered about one-third of the settlement amount from the co-defendant.

When an employee who had been promised equity in a start-up company that proved to be spectacularly successful sued the company for $17 million after receiving options instead of stock, Steve dismantled the plaintiff’s case allowing his client to settle for a tiny percentage of the initial demand.

Steve successfully prosecuted an orthopedic brace manufacturer that had purchased approximately $30,000 worth of ultrasonically welded hook and loop straps from a large manufacturer for incorporation into private-label soft orthopedic braces. The case was tried to a unanimous verdict in federal court in favor of Steve’s client and Steve's client recovered $600,000, twice the defendant's highest pre-trial offer.

Steve defended a case in which the plaintiff, a former highway patrol trooper, claimed that he had become permanently disabled with mild brain damage, chronic fatigue, loss of hearing, vision problems, balance difficulties and gastrointestinal disorders after being contaminated with polychlorinated biphenyls (PCBs) and dioxins generated by Steve’s client, a municipality. The plaintiff’s non-negotiable mediation pre-trial demand was $5 million. Following a two-week trial in which the plaintiffs' counsel asked the jury for a minimum of $14 million in damages for the plaintiffs, the jury deliberated for less than four hours before returning a verdict in favor of Steve’s client.

Steve tried a jury trial in Alexandria, Louisiana, in which six people received horrendous burns while staying in a rental cabin. The plaintiffs' medical bills were approximately $2.5 million at the start of the trial. The plaintiffs' last pretrial demand to Steve's client was for $30 million and gradually escalated to $45 million by the close of the evidence. After hearing two weeks of evidence, the jury deliberated for only 48 minutes before returning a verdict in favor of Steve's client on all counts. The defense verdict was upheld by the Louisiana Supreme Court.