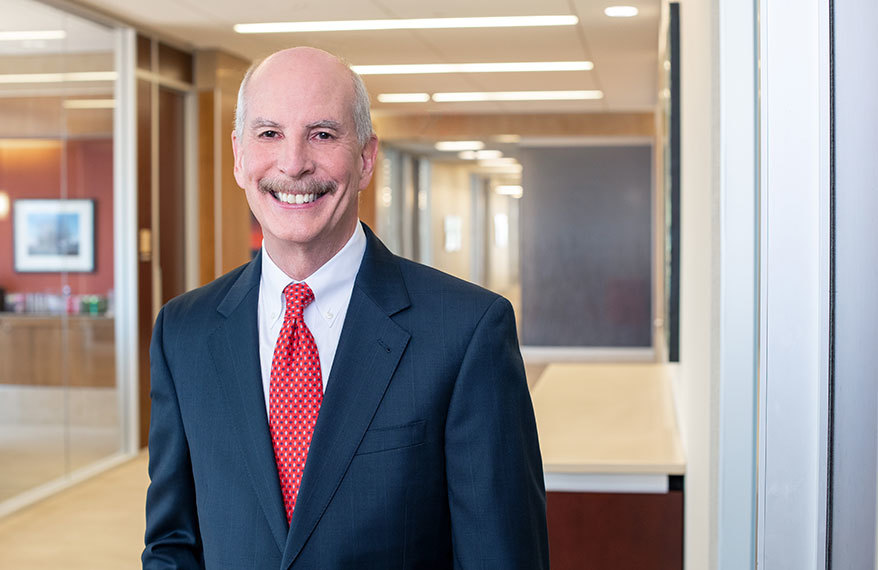 John has over 30 years of first-chair trial and appellate experience across the nation for some of the largest companies in the world.

John has successfully represented clients in some of the most significant lawsuits heard in Missouri and elsewhere, including his role as lead counsel in Missouri v. Jenkins, one of the more noteworthy constitutional cases decided by the United States Supreme Court in the last 25 years. He concentrates his practice on complex business and commercial trials and appeals, constitutional law cases and internal and regulatory investigations. As chair of the firm's Business and Commercial Litigation practice, he marshals a deep arsenal of resources to represent companies faced with the most complex litigation challenges.

John draws on his significant government experience when representing clients. As Chief of Litigation, and later Deputy Attorney General for the State of Missouri, he supervised all of the state's civil litigation and helped create and supervised Missouri's Medicaid Fraud Control Unit in the Office of the Attorney General. As an Assistant U.S. Attorney for the District of Columbia, he defended the United States and its agencies in complex constitutional and government contracts cases and prosecuted civil health fraud matters.

Recovered $25 million through an early settlement of a fraud claim brought by an estate against a former business partner. The case was settled after several favorable arbitration rulings.

Brought a breach of contract claim on behalf of an environmental remediation firm against a former joint venture partner. John's client settled the matter on favorable terms after defeating multiple motions to dismiss its claims.

Recovered a favorable settlement for a major national food distributor in a tainted ingredients case against a supplier. The case was resolved shortly after the filing of the lawsuit.

Recovered a full award of his developer client's damages in an action involving a partially completed redevelopment project.

Defended a large, Midwestern bank in a lawsuit arising out of a failed $65 million credit facility. (The matter was settled on terms favorable to the bank following a motion for summary judgment.)

Represented a large, multinational company and one of its top executives in TRO proceedings arising out of the company's hiring of the executive. (The matter was resolved favorably for the firm's client.)

Successfully defended the State of New York in Maisto v. State of New York, a school funding lawsuit in which a number of upstate school districts sought an order requiring the State to add hundreds of millions in new funds to the New York public education budget.

Successfully argued before the United States Supreme Court for the State of Missouri in Missouri v. Jenkins, 515 U.S. 70 (1995), one of the leading Supreme Court school desegregation cases in recent years in which the state's victory represented an immediate savings to the state of over $90 million per year. The Petition for Certiorari and Certiorari Reply Brief filed by John in Jenkins won the Best Brief Award in 1995, given annually by the National Association for Attorneys General for the best written advocacy by a state attorney before the United States Supreme Court.

Advised a private religious school in its efforts to convert itself to a public charter school.

Successfully tried Committee for Education Equality, et al. v. State of Missouri, a school funding lawsuit described as “one of the largest and most complex trials” in Missouri’s history.

John served as law clerk to the Honorable Edward L. Filippine, former Chief Judge of the United States District Court for the Eastern District of Missouri.

He is a Faculty Member for the National Institute of Trial Advocacy.

John frequently speaks and writes on topics related to education adequacy lawsuits and their effects on state budgets, school funding, accreditation requirements and federal mandates. Other topics include charter schools and school choice, and other related issues.

"Navigating the Straits of the FCPA - One Client's Journey from Investigation to Declination," ACC STL 2020 Corporate Counsel Institute, June 2020

Recognized as "Lawyer of the Year" in the 2019 & 2021 editions of The Best Lawyers in America© for Education Law in St. Louis

Named for Commercial Litigation and Education Law, The Best Lawyers in America, 2007 - 2023

Selected as a "Lawyer of the Year," Missouri Lawyers Weekly, 2008

Legal Services of Eastern Missouri, Board of Directors, 2019 – Current