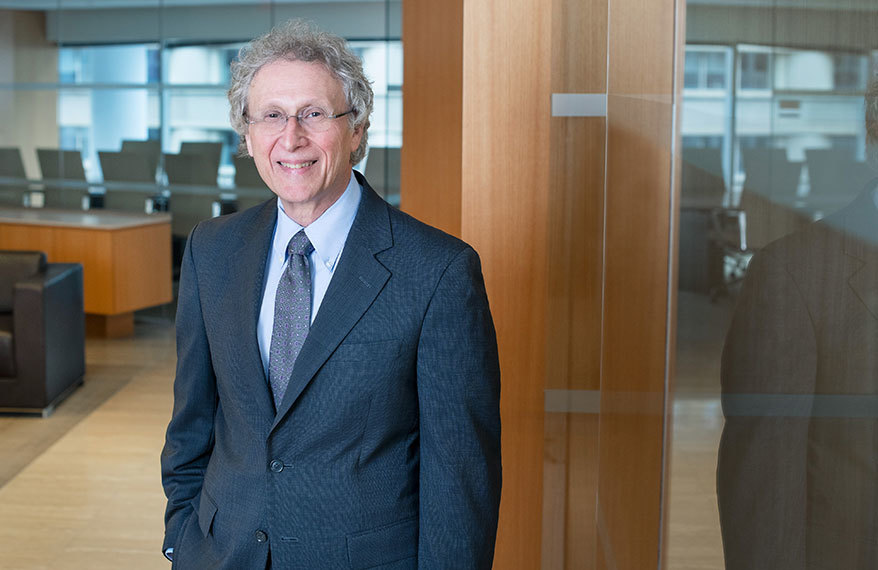 A highly-regarded regulatory and appellate attorney, Harvey is lauded by clients and peers for his work in appellate cases and for his knowledge of antitrust and competition issues affecting regulated industries.

A Chambers-rated attorney, Harvey brings a wealth of knowledge to his legal counsel in litigation, appellate, transactional and other legal services. His experience includes over 20 oral arguments before various federal circuit courts of appeal, work in government supervising FERC trial lawyers, and representation of natural gas distributors, governmental agencies, the World Bank, electric utilities, cogenerators, gas and power marketers and Internet service providers in regulatory proceedings. Harvey offers regulatory and trial insights based on a multi-faceted legal career with a strong focus on antitrust and competition issues.

Known for his work and publications on competition in the electric and natural gas industries, Harvey concentrates on proceedings before FERC and the federal courts involving the competitive restructuring of the natural gas and electric utility industries.

On behalf of a coalition of municipal and rural electric utilities in the WestConnect planning region, Harvey  successfully negotiated a settlement in principle to resolve a lawsuit by El Paso Electric Co. charging that FERC had unlawfully authorized an Order No. 1000 regional transmission plan that subsidized municipal utilities.

Harvey successfully challenged, on behalf of Sacramento Municipal Utility District, the FERC decision granting PG&E a rate of return adder for remaining in an RTO that PG&E could not leave without the California Public Utilities Commission's permission.

Harvey represented coalitions of state public utility commissions in the Northeast and the Midwest in cases related to the formation of Regional Transmission Organizations (RTOs), represented a large municipal utility in cases involving the design of California electric markets, and has represented groups of local gas distributors in pipeline rate proceedings before FERC.

Before the FCC, he represented a broad group of state consumer advocates, local communities and internet service providers (ISPs) advocating open access to cable systems by ISPs to promote competition with cable-affiliated ISPs.

Before the Ninth Circuit, Harvey successfully challenged a FERC order granting a utility an "incentive" payment for remaining in an RTO on grounds that state law required the utility to maintain its RTO membership and that the "incentive" amounted to an unlawful windfall.

Panel Member, "Are States Being Heard By Their RTOs?," National Conference of Regulatory Attorneys, June 2014

Panel Member, “Preserving the Integrity of the Electric Power Markets: Why States Should Be an Indispensable Party in Federal Enforcement Actions Against Market Manipulation,” National Regulatory Research Institute teleseminar, February 2014

Co-Author with William Greene, "The Case for Reforming Net Metering Compensation: Why Regulators and Courts Should Reject the Public Policy and Antitrust Arguments for Preserving the Status Quo," Energy Law Journal, November 2016

Co-Author with Delia Patterson, General Counsel of the American Public power Association, "Chasing the Uncatchable: Why Trying to Fix Mandatory Capacity Markets is Like Trying to Win a Game of Whack-a-Mole," Public Utilities Fortnightly, May and June 2016

Chambers USA: America's Leading Lawyers for Business for Energy & Natural Resources, described as a "well-regarded FERC attorney who is noted by sources for his work in appellate cases and for his knowledge of antitrust matters."

Charitable Foundation of the Energy Bar Association, Former Board Member, 2004-2006

Recipient of the Community Service Award for Project Citizenship of the UJA Federation of Greater Washington, 1998