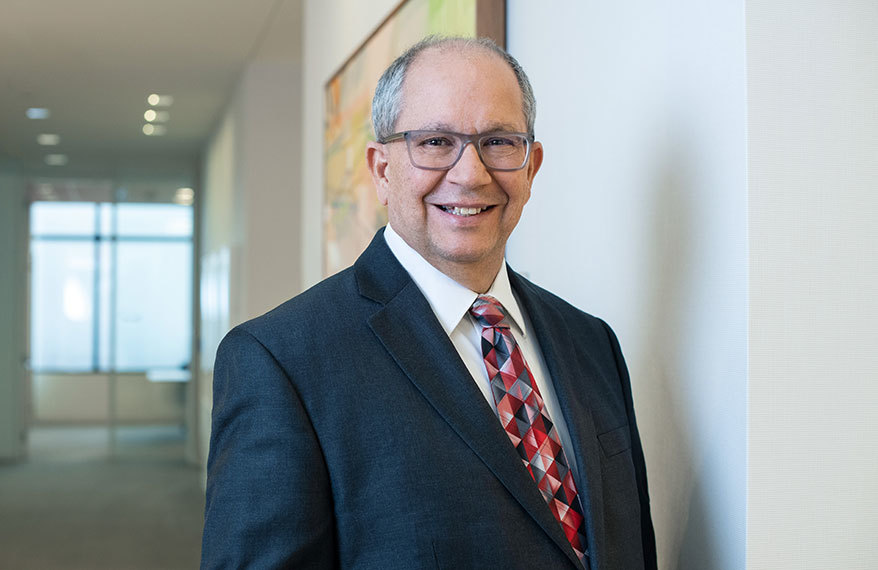 A top-ranked real estate lawyer by Chambers USA, Dave is described by clients as "an exceptional mind when it comes to crafting very complex public-private partnerships."

Recognized for his creative and solution-minded approach, Dave counsels developers and businesses in public/private partnerships and other real estate-based economic development efforts. He has advised a large number of companies in successful headquarters relocations. In multiple projects, he has been involved in structuring complex financing and incentives using sources as varied as Urban Development Action Grant (UDAG) grants, Missouri Development Finance Board (MDFB) tax credits, federal and state historic tax credits, low-income housing tax credits, and Missouri Build bonds. Additionally, Dave has worked in various projects that have included the use of state supplemental tax increment financing (TIF) and the Missouri Downtown and Rural Economic Stimulus Act (MODESA) for funding, as well as a large number of relocation projects that have included use of High Performance Incentive Program (HPIP) and PEAK incentives in Kansas and the Missouri Works program in Missouri.

Served as counsel to Cerner Corporation in the site acquisition and development of its planned 4 million square foot office campus in Kansas City, Missouri; including zoning and development incentives such as tax increment financing (TIF, Super-TIF, and State Supplemental TIF)

Represents Burns & McDonnell, one of the nation's largest engineering and architectural firms, in obtaining zoning, entitlements and incentives (including tax abatement, TIF and job incentives under State programs) for a new 450,000 square foot campus project

Served as counsel in the renovation and redevelopment of Kansas City's Union Station, a $250 million historic restoration/adaptive reuse (the largest such effort ever undertaken in the greater Kansas City area)

Served as counsel in the development of the Kansas City Live downtown retail entertainment district (the Power & Light District) in the South Loop area of Kansas City, Missouri

Counsel to ASM Global in the development and operation of T-Mobile Center in downtown Kansas City, Missouri

Counsel to Federal Reserve Bank of Kansas City in the development of its new headquarters facility consisting of over 600,000 square feet of office, administrative and processing space

Represents 21c Museum Hotels in the acquisition and redevelopment of the historic Savoy Hotel in Kansas City, Missouri; into a high end boutique hotel, including obtaining entitlements and incentives (TIF and Super-TIF)

Dave is a member of the American College of Real Estate Lawyers and is listed in Who’s Who in America, and Missouri and Kansas Super Lawyers magazine

In Chambers USA: America’s Leading Lawyers for Business, Dave has consistently been listed as one of the top real estate attorneys in the state of Missouri. Highly regarded by clients, Dave was most recently "praised for his creativity" and for "his ability to provide original solutions to meet the specific requirements of each deal." Dave has previously been described by clients as "an outstanding lawyer" and "an exceptional mind when it comes to crafting very complex public-private partnerships."

Fellows of The American Bar Foundation