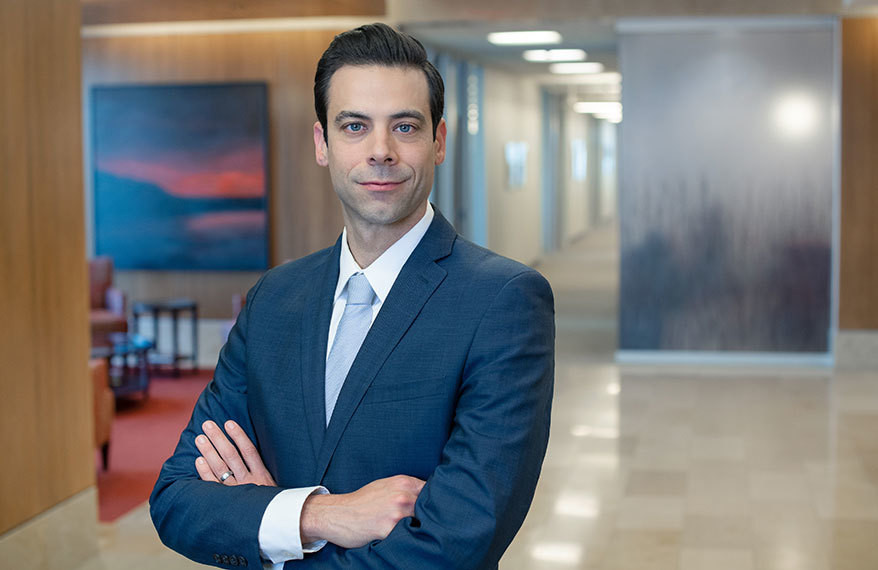 Andrew is a litigation strategist who works with clients to develop compelling themes and strategies early on and throughout litigation.

Andrew's clients appreciate his creativity and diligence in uncovering evidence to advance those themes, with the ultimate goal of delivering straightforward, understandable, and persuasive written and courtroom presentations.

His experience representing both plaintiffs and defendants gives him a unique perspective on examining witnesses, conducting investigations, and digging for evidence.

Andrew has conducted jury and bench trials and engaged in all types of motion practice, including class certification. Also, Andrew has drafted appellate briefs and argued several appeals, including appearances before the Missouri Supreme Court and Eighth Circuit Court of Appeals.

Andrew helped lead the defense of a national bank in a breach of a fiduciary duty lawsuit seeking over $500 million in damages. After extensive discovery, motion practice and trial preparation, Andrew's client reached favorable settlement days before trial.

He has obtained summary judgments and dismissals as lead counsel on behalf of regional and national financial institutions in cases alleging fraud, lender liability, breach of contract and other state and federal claims.

As lead trial counsel, Andrew obtained a complete defense verdict following a jury trial in claims of intentional torts and premises liability against a business, its owners, managers and employees.