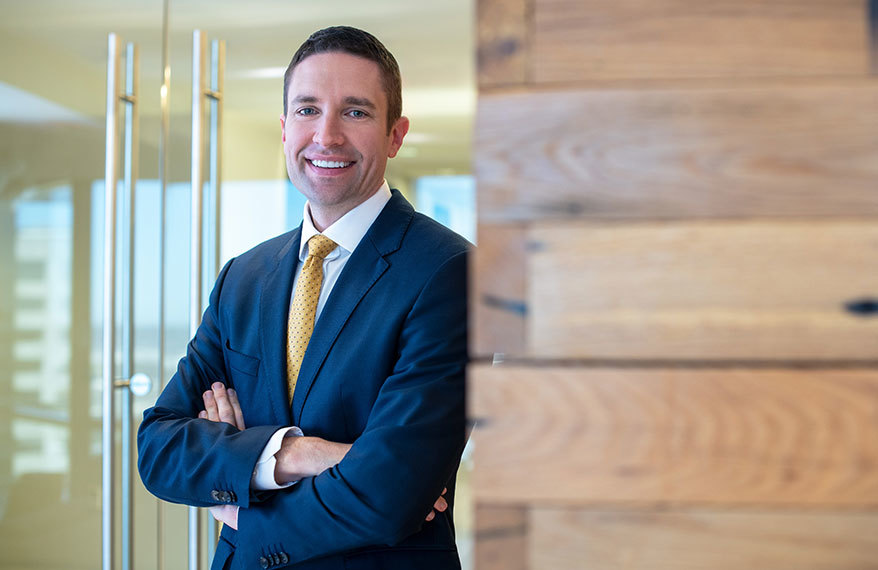 In a letter to the Chamber of Commerce, a client recently commented that "Tom's daily interaction with the business community, combined with a thorough and efficient approach to practicing law, helps our organization achieve its vision."

Tom helps employers develop and maintain health and welfare, retirement and deferred compensation plans that attract and retain top talent. He draws on deep experience with employee benefits to advise public, private and tax-exempt organizations on the intricacies of plan development, implementation, administration and ongoing regulatory compliance. His clients cross a broad range of industries, from educational institutions to large energy and pharmaceutical companies. Devoting a large portion of his practice to regulatory compliance, Tom is the primary attorney responsible for advising the firm's clients on the Affordable Care Act (ACA/Health Care Reform). He also counsels employers on the broad range of employee benefit issues related to HIPAA compliance, fiduciary compliance and equity compensation arrangements. Tom also serves as general outside counsel to insurance brokers, hospitals, health clinics and a number of non-profit organizations.

He was recently retained to serve as employee benefit deal counsel for two billion dollar acquisitions for a public pharmaceutical company.

He advises numerous colleges and universities on federal and state legal compliance related to benefit arrangements.

Tom has extensive experience designing wellness programs to comply with HIPAA, GINA and the ADA.

He represents a number of large energy companies (including public companies and cooperatives) throughout the United States.

He counsels employers on a broad range of employee benefit issues related to retirement plans, fiduciary compliance and equity compensation arrangements in light of IRS and ERISA rules and requirements

Tom has represented numerous clients in connection with IRS, HHS and DOL audits of employee benefit plans. He also audits clients for compliance with privacy and security rules under HIPAA.

Coronavirus and the Workplace Webinar, March 24, 2020

Named a 2012 Up & Coming Lawyer by Missouri Lawyers Weekly

Listed in Who's Who Among Executives and Professionals

The Leukemia and Lymphoma Society, Light the Night Walk Volunteer