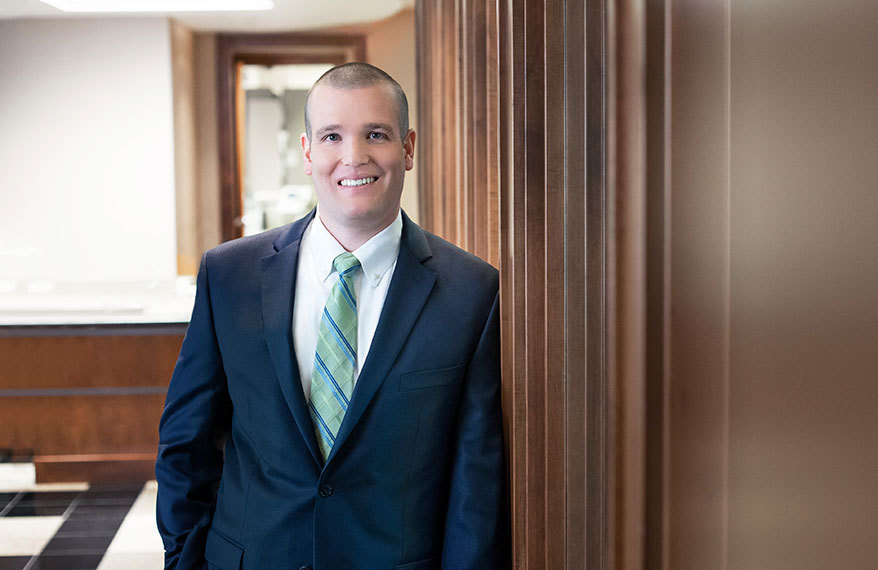 Patrick prides himself on his commitment to learning his clients' businesses so he can deliver straightforward, honest and valuable advice.

Leveraging his experience representing both landowners and companies, Patrick has satisfactorily resolved condemnation disputes related to the construction of new gas pipelines and power lines throughout Kansas. Clients appreciate Patrick's practical approach, driven by getting optimal results for his clients.

He authored the "Construction Law Update" for the Kansas Bar Association Annual Survey of Law for 2013 to 2018.

Dedicated to pro bono work, Patrick negotiated the release of a wrongfully-convicted inmate who served 17 years of a life sentence for a murder he did not commit.

Patrick vigorously defended his client, a high-tech tire recycling company, against claims by three individuals asserting an ownership interest. In addition, he persuaded the jury to return a fraud verdict against the individuals, awarding his client nearly $4 million.

Patrick represented a gas processing facility in a case in Kansas federal court against a contractor involved in the construction of the facility, which included claims of defective and delayed work and improper billing against the contractor.

He has represented employers from various industries before the Kansas Human Rights Commission, the Equal Employment Opportunity Commission and in federal court, defending against claims by employees of age, gender, race, religious, and disability discrimination and retaliation, as well as allegations of sexual harassment and hostile work environment.

He represented an international manufacturer of farm and construction equipment in several lawsuits in state and federal court in Kansas involving claims of breach of contract, negligence, breach of warranty, product liability, property damage and violations of the Kansas Consumer Protection Act.

He has represented multiple general contractors and subcontractors in mediations and arbitrations of construction-related disputes administered by the American Arbitration Association and Judicial Arbiter Group.

Newman University Alumni Board of Directors, Board Member, 2012-present