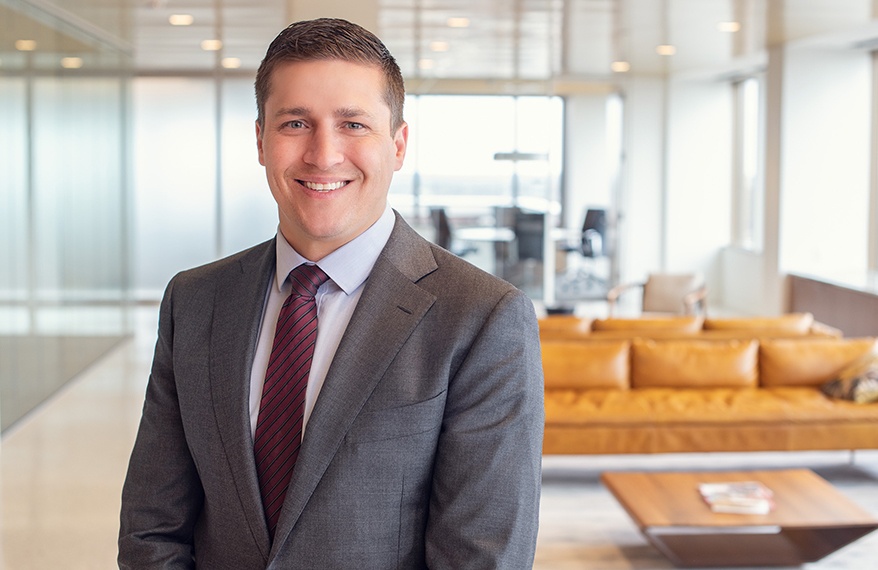 Lucas' diverse experience in business law, commercial contracting and civil litigation, both in-house and in private practice, gives him added insight when representing creditors in bankruptcy.

An accomplished litigation and transactional attorney, Lucas helps clients maximize cost-effective recoveries for creditors, whether on behalf of lenders, utilities or equipment lessors. He has litigated preference and fraudulent transfer claims, administrative claims, cure payments and exceptions to discharge, from New York to California.

Lucas has prior experience in insurance defense and general civil litigation, in private practice and as in-house counsel at a Fortune 200 telecommunications company, litigating on behalf of clients with business disputes, collections and real estate disputes, including those related to permitting, easements, trespass and nuisance claims. Lucas has tried over two dozen cases, with four tried to juries.

Resolved and returned more than $50 million to clients in workouts in 2022.

Independently tried an objection to the plan in In re Windstream Holdings, Inc., et al., Case No. 19-22312, arguing the plan was not feasible due to the debtors' lack of reserving for cure claims with critical vendors. Ultimately resolved the cure, administrative claims, and practical considerations with an eight-figure settlement.

Litigated and resolved, through two distinct settlements with a national brick and mortar retailer and its 363 purchaser, cure and administrative claims valued at seven-figures, strategically collaborating with the client's business personnel to leverage the resolution.

Lucas successfully litigated and negotiated a seven-figure cure payment on behalf of a utility in a telecom bankruptcy in the SDNY.

He obtained dismissal of an insurance client on claims of the client receiving fraudulent transfers.

He managed litigation with outside counsel on a $500,000 mechanic’s lien case involving technical space in California.

He managed and litigated a multimillion dollar creditor claim related to extensive equipment installed in a hotel/casino, obtaining contempt findings against the opposition and a writ to marshals to assist in retrieval.

He has investigated, negotiated and resolved pre-suit matters regarding issues such as restoration of technical space, a long-haul fiber hut erroneously sold at a property tax sale, and franchise fee disputes.

He represented a Colorado power supply seller in a suit against a Georgia-based purchaser. After defeating the purchaser in motion practice in Colorado, he obtained a Rule 37 judgment for over $200,000, domesticated the same in Georgia with co-counsel, and garnished over half of the judgment value.

Lucas represented a Wisconsin-based private creditor in a work-out with a Colorado-based real estate developer; he was responsible for initially extending the applicable note and deed of trust while overseeing the satisfaction of a subordinated carryback loan, followed by advising on and preparing a forbearance agreement after the note matured without full payment.

Negotiated to file a comprehensive proof of claim for multiple insurer/client subrogation claims valued at seven-figures that was filed in a rental car company mega bankruptcy case, leveraging the same for both a favorable assumption of an integral executory contract and exclusion of the underlying subrogation claims from the allowance/disallowance process.

University of Wisconsin-Madison, B.S., History and History of Science, 2005