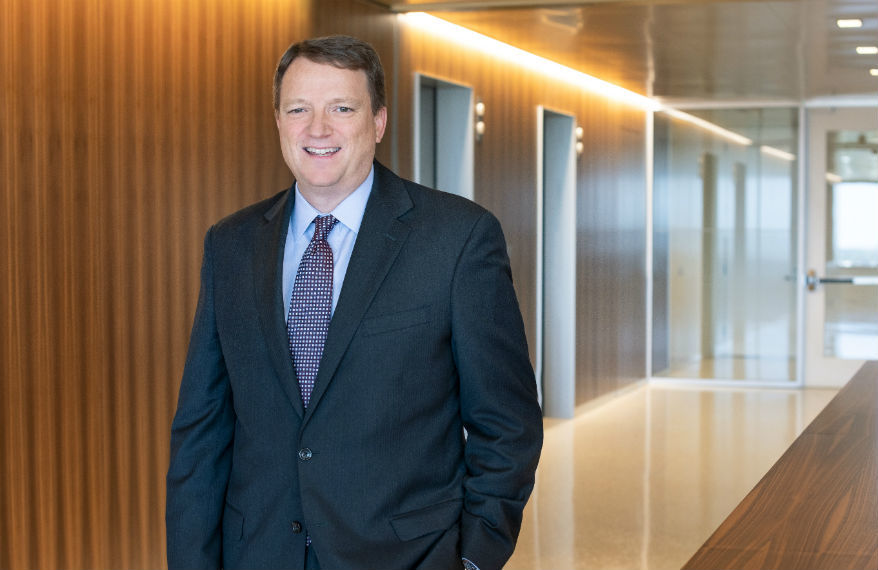 A pragmatic strategist, Kevin works to resolve intellectual property and commercial lawsuits with the client's business goals in mind by developing an overall approach to each case supported at each step of litigation with tactics calibrated to the client's goals.

A seasoned litigation attorney, Kevin blends intellectual property experience in patent, trademark and copyright trials and arbitrations with deep knowledge of general commercial litigation in the areas of antitrust, contract and business torts. Kevin works with clients in many industries including consumer goods, software and communications, medical devices, business methods, and nutritional supplements.

Kevin represents clients in state and federal trial courts, in arbitrations, and on appeal. He has prepared and argued appeals in courts nationwide.  He is often sought out to teach and mentor others in the art of advocacy.  After many years as co-chair of the Stinson Appellate Practice Committee, colleagues and clients continue to turn to Kevin on appellate strategies  in cases handled by others. For the past five years, the firm has also turned to Kevin to design, lead, and instruct at its annual, three-day Trial Advocacy Skills Workshop for senior associates.

Defeated an international multi-billion dollar patent holder who sought to keep Kevin’s client out of markets for personal safety equipment; Kevin then pursued antitrust and unfair competition claims, based in part on the competitor’s underlying, failed patent case. The matter settled on favorable, confidential terms.

As lead trial counsel, Kevin represented a research university and its faculty member to enforce patent rights against a medical device company founded by another former faculty member; the case involved multiple summary judgments and appeals to the Federal Circuit

As lead trial counsel for a regional artisan commercial bakery, he resolved claims of patent infringement brought by a Minnesota-based food conglomerate, involving methods for forming and cutting bread dough in a commercial bakery

Teaming with lawyers from New York and Canada, Kevin helped lead his client through two patent cases between two of the largest snowmobile makers in the world, involving patents for frame designs and ignition timing concepts. Kevin was lead counsel for the three-week trial and argued the appeal in the Federal Circuit as well.

As lead trial counsel, he obtained early dismissal at the preliminary injunction stage of patent holder’s claims to design rights in a mobile home structural component; the case turned on focused discovery Kevin and his team pursued to invalidate the asserted design patent claims.

When a supplier of market disrupting technology was drawn into federal antitrust litigation via subpoena, risking the exposure of its "bet-the-company" trade secrets, Kevin developed and executed a plan to fight and to protect everything from disclosure, requiring multiple hearings in dueling jurisdictions.  The subpoena failed; the secrets were kept safe.

Named repeatedly among The Best Lawyers in America® in the areas of intellectual property litigation and patent litigation.

Selected for inclusion in Super Lawyers® annually from 2008-2021.

Recognized among America's Leading Lawyers for Business in the area of Intellectual Property by Chambers USA. Clients say he is a "good pragmatic strategist" who "thinks several chess moves ahead." he is "bright, responsive and accessible," and most importantly "knows his audience."