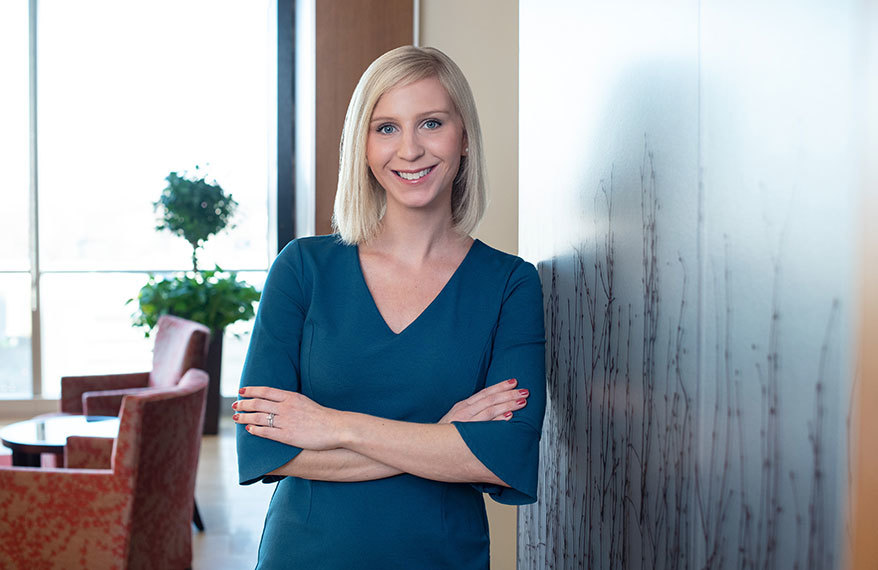 Clients enjoy working with Julie for her professional judgment and ability to change her approach to meet the needs of each individual case. Julie applies her experience as a former law clerk and an experienced advocate to find practical and effective solutions to address each client's unique needs.

Julie leverages her background as an appellate law clerk to bring a unique perspective to her cases that incorporates her insight into judicial decision-making and enhances her ability to communicate effectively and persuasively on behalf of her clients.

Combining her strong advocacy skills and intellectual property focus, Julie helps clients protect and defend their brands through trademark prosecution and enforcement. She serves as outside trademark counsel for a variety of clients ranging from single member LLCs and family-owned businesses to large corporations. Julie also has experience representing trademark clients in opposition and cancellation proceedings before the Trademark Trial and Appeal Board of the United States Patent and Trademark Office (TTAB).

Assisting a homebuilding company in enforcing its trademark rights against a competitor who recently moved into the client’s market.

Defending a restaurant franchisor against claims of trademark infringement, unfair competition, and cancellation of the client’s federal trademark registrations.

Defended claims of trademark infringement and unfair competition against a hair care brand that resulted in a favorable settlement for the client.

Represented a publicly traded corporation in trademark, trade dress and copyright claims against a restaurant industry competitor that resulted in a favorable settlement for the client.

Assisted in complex litigation between high technology competitors in the gaming industry involving trade secret, unfair competition and breach of contract claims, including second-chairing a three-week trial and assisting with the appeal.

Represented a medical device company in asserting claims against former employees for trade secret misappropriation and related issues that resulted in favorable settlement her for client.

Represented food packaging company in its assertion of a design patent against a competitor, resulting in a favorable settlement for her client.

Helped resolve a dispute between competitors in the ink resin industry involving allegations of trade secret misappropriation, breach of contract, unfair competition, and tortious interference with a business expectancy.