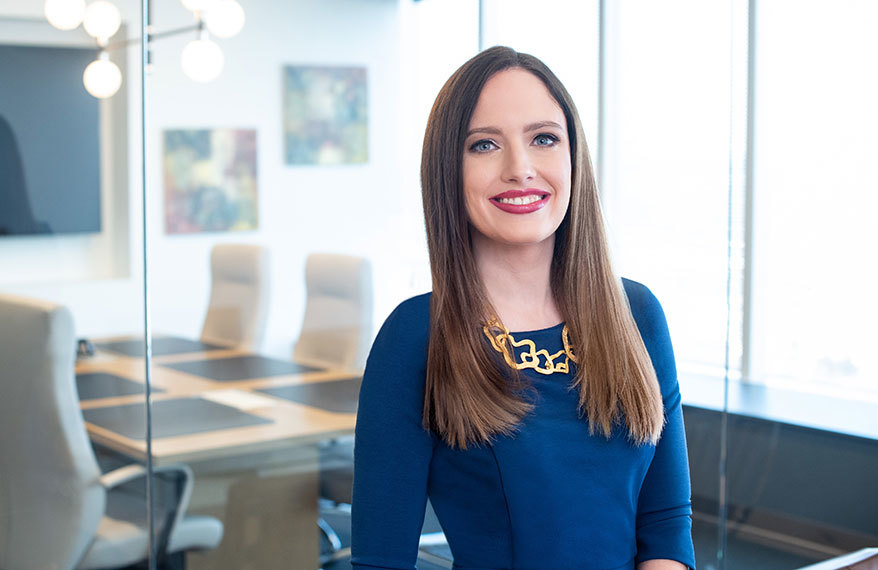 Jennifer's practice includes mergers and acquisitions, venture capital investments, debt financings and securities matters. While Jennifer works with a broad range of industries, she has particular experience in the energy, technology and health care sectors.

Counsel to bank holding company in connection with its initial public offering.

Represent clients in connection with securities matters (which include private placements and public company work), such as registrations and proxy statements.

Represented American investor in its provision of capital to European emerging technology company.

Acted as counsel to purchaser regarding acquisition of research business of biotechnology company.

Closed acquisition of U.S. company by an affiliate of a Swedish company.

Regularly counsels clients in connection with preferred financings, including in the automotive, biotechnology and healthcare industries.

Acted as counsel to leading national wind developer regarding multi-phase, utility-scale wind project, including obtaining approvals from Nebraska state power review board and local land use authorities and in connection with lending and tax equity financing.

Represented sellers in connection with Chapter 11 bankruptcy 363 sales, including of a feed lot, an ethanol production facility and a retail chain.

"Nebraska: The Next Wind Frontier," AWEA Windpower Conference & Exposition, May 2014

Moderator, “Reviewing the Efforts to Establish Alternative Feedstocks as Significant Contributors to the Bioeconomy,” International Biomass Conference and Expo, March 2014

The University of Texas at Austin, B.A., B.J., with honors