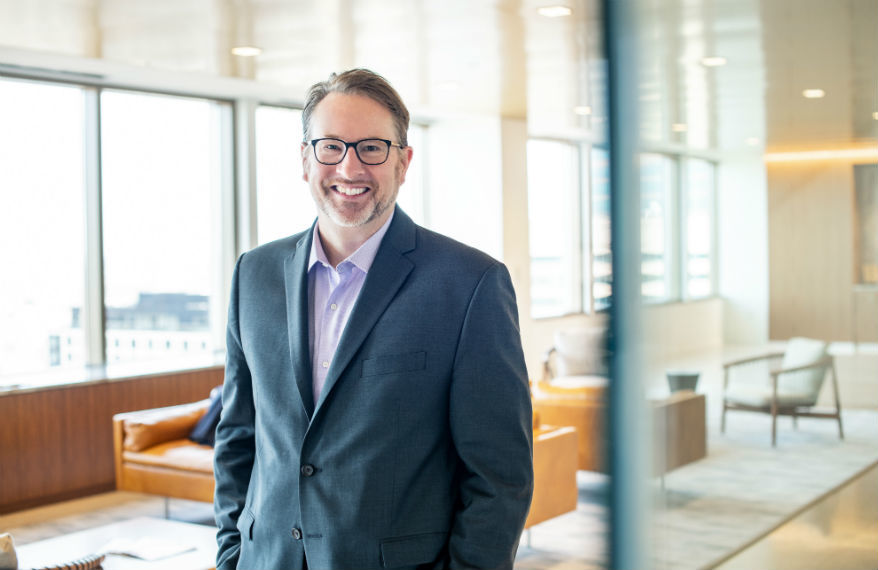 Guy is a business-oriented lawyer who knows how to use the tools of his trade to help companies meet their business goals and objectives.

Guy is a seasoned corporate and transactional attorney with a strong focus on the energy industry. He structures acquisitions, divestitures and financings and leads complex commercial transactions in the U.S. and worldwide. He also routinely advises clients on international trade regulatory matters.

Guy uses his keen understanding of the legal needs and issues confronting companies and their general counsel to represent diverse clients across a multitude of industries, with a focus on the energy sector. Within the energy sector, Guy has represented independent power producers, renewable energy companies, project developers, utilities, electric cooperatives, clean technology companies, equipment suppliers, energy-related service providers, construction companies, oil and gas E&P companies and oilfield service businesses. Given his significant international experience, Guy also frequently acts as a trusted legal advisor to both energy and non-energy clients on international commercial and international trade regulatory matters. Guy brings a strong business orientation to his work, based on his experience as in-house counsel at a large independent power producer (IPP) and a Fortune 50 company, and his subsequent experience at the IPP as the vice president in charge of the company's Latin American and European operations and its $2 billion asset divestiture program. Guy is the leader of the firm’s Renewable Energy and Energy Transactions practice group and the leader of the firm’s International practice group.

Guy began his legal career in Washington, DC, where he worked initially as an attorney for the U.S. Department of Commerce and later joined the Washington, DC office of the international law firm of Dewey Ballantine.

He advises entities and financial institutions that finance renewable energy projects, including tax equity investors, lenders and other financing parties.

Guy serves as legal counsel to companies involved in the oil and gas business, including E&P and oil field service companies, and has negotiated complex commercial agreements for such entities.

Guy represents clients in connection with cross-border transactions, including mergers and acquisitions, joint venture and alliance formation and transaction structuring.

Guy has worked on transactions and commercial arrangements in all regions of the world, including North, and South America, Europe, Asia, Australia and Africa.

He has made numerous presentations and published a number of articles on energy-related and international topics.

Raised in Latin America (Guy has lived in Ecuador, Venezuela, Peru and Colombia), he is fluent in Spanish with good proficiency in French.