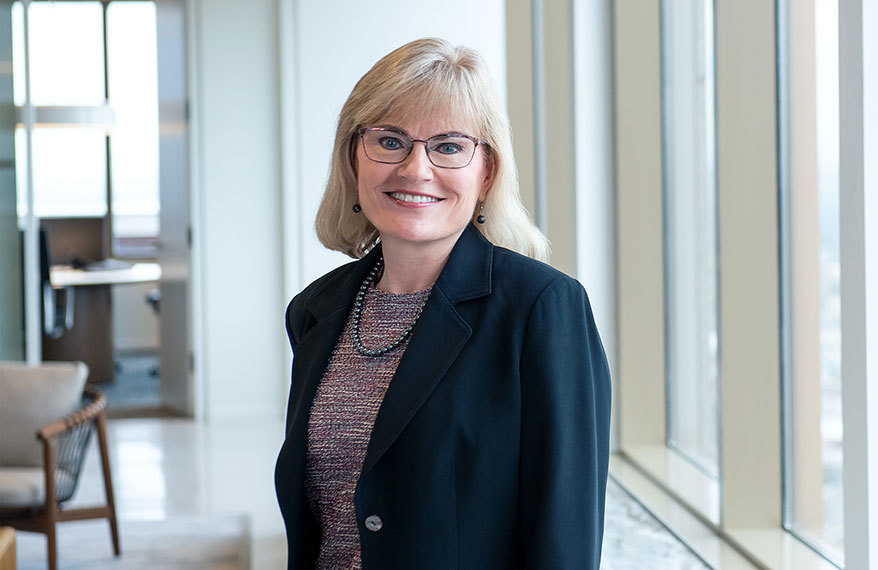 Deeply familiar with the multitude of structures used to develop, finance, buy and sell energy industry projects today, Tammie’s clients benefit from her over 25 years of experience.

A corporate transactional attorney, Tammie concentrates on financings, acquisitions, divestitures and project development for companies in the energy industry. She blends deep experience in these areas with foundational knowledge of corporate, financing and transactional issues to deliver outcomes that move business forward.

Focused on the highly specialized renewable energy industry, Tammie has recently represented developers, borrowers, investors and lenders in tax credit, taxable and tax-exempt private and public finance transactions, and worked on first mortgage bond financings for utilities. She has also worked on a significant number of solar and wind development, finance and merger and acquisition transactions around the country. She began her career in project finance and served as in-house counsel and corporate secretary for a market-leading U.S. independent power producer, acting as lead counsel for financings, acquisitions, divestitures and corporate restructurings.

Represented a large independent power producer with respect to financing a significant portfolio of solar projects around the country, including obtaining construction, tax equity and back-leverage financing.

Represented client in $1.12 billion acquisition of energy fund which owned 18 operating power plants in the U.S. and Canada, including assistance with respect to execution of a new $300 million revolving credit facility and the issuance of $460 million of high field notes and post-acquisition integration. This transaction involved a mix of fuel types and technologies including natural gas, hydro and biomass.

Represented public utility client in connection with the issuance and sale by the City of Forsyth, Rosebud County, Montana, of $170 million of Pollution Control Revenue Refunding Bonds secured by $170 million of First Mortgage Bonds issued by client and secured by its properties in Montana and Wyoming, which included compliance with requirements of existing 1945 first mortgage. Also represented the same client in issuance of nine separate issues over the past 12 years (totaling over $1 billion) of additional first mortgage bonds under the same 1945 mortgage.

Represented client in a $100 million project financing that was secured by an acquired owner participant interest in a coal-fired power plant.

Served as U.S. counsel for Canadian company that has U.S. subsidiary in the energy industry in its restructuring of its capital and corporate organizational structure and obtaining all necessary financing approvals.

Represented client in refinancing of acquisition indebtedness through issuance of approximately $48 million of senior secured notes.

Represented owner of portfolio of generating assets in several key amendments to its revolving credit facility to allow for various acquisitions, re-financings and additional financings.

Represented client in due diligence and submission of winning bid, and in the negotiation and closing of purchase agreement to purchase 100 percent of membership interests in company that owned a 315MW oil-fired generating plant in Virginia. Purchase price was approximately $210 million, and included bridge financing obtained from Japanese parent company. Also represented client in later permanent take-out project financing of bridge loan facility.

Represented public utility client in issuance and sale of several series aggregating over $100 million of first mortgage refunding bonds secured by its properties in South Dakota.

Represented client in all aspects of a strategic acquisition (through an auction process) of a target that owns a powdered activated carbon plant and associated lignite mine, including significant due diligence, representation and warranty insurance, and the related financing.

Represented client in the sale of its 72 percent interest in the Path 15 transmission line to a joint venture of Duke Energy and American Transmission Corp. The Path 15 transmission line is in central California, and connects the transmission grids between northern and southern California. Managed all aspects of the sale transaction including assembling the data room, assistance in preparation of the bid package, evaluation of bids, negotiations with buyer, complex regulatory issues and final closing. Also represented this client in connection with its prior acquisition of this asset.

Represented client in acquisition of non-operating coal plant in California and conversion to biomass, including analysis of availability of the 30 percent grant-in-lieu of the investment tax credit.

Represented client in all aspects of the sale of membership interests of two entities which owned 50% of the partnership interests in a project company, which in turned owned a 300MW dual fired electric generating facility in Georgia.

Represented client in negotiation and closing of purchase agreement for the sale of two resource recovery facilities and related transfer stations and composting facilities in Minnesota. Transaction was complicated by required approvals by various local and county governments, and settlement of contractual claims.

Represented a client in a joint venture for conversion of a cogeneration plant to a biomass facility, including the negotiation of a limited liability company agreement, obtaining release of assets under credit facility and transfer of assets from existing partnership to joint venture.

Represented large windpower developer in connection with the development of a wind farm located in southern Minnesota, including the negotiation and execution of Wind Option and Easement Agreements with over 60 landowners to obtain the necessary land rights to develop the 200MW project.

Represented windpower developer in connection with development of a wind farm in Nevada, including negotiation of joint development agreement with utility for the development and ownership of the project.

Represented client who was the existing lessee of a 30 percent interest in an approximately 740MW coal-fired plant in Montana in two separate acquisition transactions, whereby client purchased the owner participant interests held by two financial institutions pursuant to sale/leaseback transactions. Involved negotiating purchase agreements, obtaining approval of existing noteholders and amending sale/leaseback documents. Represented same client in negotiation of purchase and sale agreement for sale of its interests in the plant for approximately $204 million, which included ability to apply to public service commission to rate base the asset under certain circumstances and terminate purchase and sale agreement in that event. Also represented client in connection with the “unwinding” of the sale/leaseback structure.

Represented two clients in the sale of their minority interests in a partnership owning an electric generating plant located in Jamaica, including obtaining release of collateral from one of the client’s revolving credit facility.

Selected as an “Attorney of the Year” by Minnesota Lawyer, 2011

Named among the year’s “Top Women in Finance” by Finance & Commerce, 2012