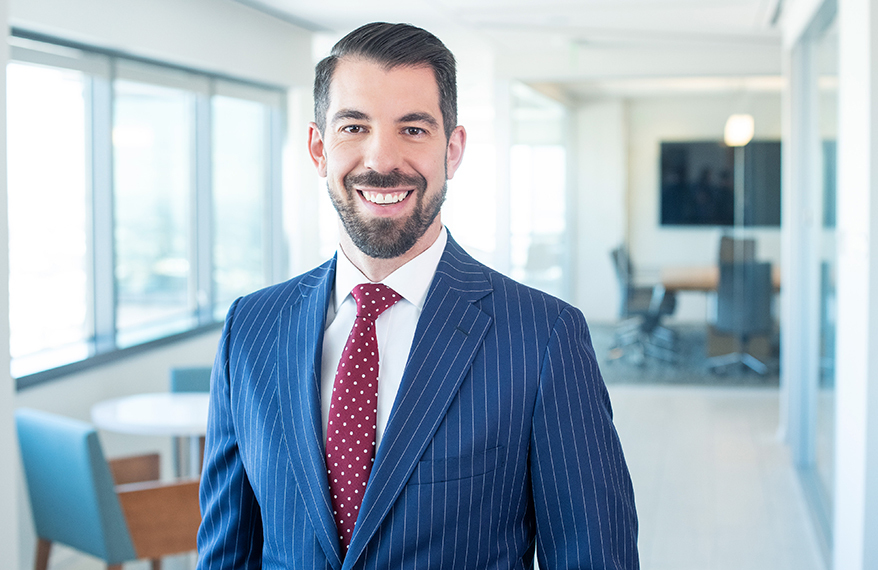 Clients turn to Ryan when they need a smart advocate in their corner to resolve real estate, construction and private business disputes.

Ryan is a problem-solving litigator who builds strategies around his clients' goals and relentlessly and creatively pursues them. He primarily represents businesses in commercial real estate, land use, energy and construction disputes. His experience runs the gamut of real estate and construction—from helping clients obtain the permits needed to start a new development, to defending owners and contractors in construction disputes, to representing landowners after a property is developed. He also frequently represents private businesses in appeals, insurance disputes, and against state and local governments when his clients have been denied their right to due process and equal protection of the law.

Ryan has the experience to get results. Recognized for his courtroom experience, Ryan has won at trial and through successful motions, argued appeals, and has resolved difficult disputes through complex settlements and in mediation.

Clients know that Ryan has their best interests in mind not only in the courtroom, but also in managing their legal spending. Ryan is certified in Legal Project Management (LPM), and uses LPM tools such as Alternative Fee Arrangements and litigation budgets to make litigation costs more predictable and transparent.

Real Estate and Land Use Litigation

Commercial Leasing: Ryan is experienced in all facets of commercial leasing disputes.

He represents the publicly-traded owner of 450 shopping centers across the country in leasing litigation, land use disputes and evictions in multiple states. His work has brought in more than $1 million in settlements and other revenue for his client.

Recently, Ryan won summary judgment for a commercial landlord, getting a $1.1 million judgment against the tenant after defeating the tenant's claim that COVID-19 excused its obligation to pay rent.

Representing a commercial tenant at a three-day trial, Ryan defeated a landlord’s forcible entry and detainer (FED) claim and helped his client avoid eviction and a costly disruption to its business. Ryan's client received all of its attorneys' fees as well.

Land Use: Ryan represents landowners and developers in the full range of land use matters, from appearing before city councils and other boards to get projects approved or to contest permit denials to negotiating easements with neighboring property owners.

On behalf of a real estate developer, Ryan obtained planning approval for a multi-million educational development in Colorado after appearing at a contested hearing.

Ryan has negotiated access and drainage easements and other land use agreements between private landowners, and between landowners and government entities.

He represented a landowner in a dispute with its homeowner association (HOA) concerning rules prohibiting installation of solar panels in a residential community.

Ryan represented the owner of a hotel opposing municipal use and occupancy restrictions, and utilized political and public communications consultants as part of his defense strategy.

Floodplains: Ryan understands the complex regulations that govern how landowners can use and develop land in designated floodplains. Recently, he has:

Represented a landowner in a multiyear lawsuit against a municipality to challenge the city's wrongful enforcement of floodplain regulations. The landowner received more than $1 million in a settlement and was allowed to use its property in a more valuable way.

Takings: Ryan has represented landowners in claims against local governments in inverse condemnation, takings and traditional condemnation claims. He has also published numerous articles on state and federal takings law.

Americans with Disabilities Act: Ryan has represented dozens of private businesses accused of violating the Americans with Disabilities Act (ADA) for having inaccessible brick-and-mortar businesses and websites. Ryan has an acute understanding of the ADA's requirements and the strategies required to minimize his clients' liability and legal spending.

He represented the owner of a new power generating station in a construction delay dispute against the Engineering, Procurement and Construction (EPC) contractor. Ryan strategically used related litigation involving subcontractors to his client's benefit, resulting in a favorable settlement for his client.

He defends a national homebuilder in construction defect litigation against homeowner associations.

On behalf of a multinational oil and gas company, Ryan prevailed at a two-day bench trial on a motion to pierce the corporate veil of a subsidiary entity to reach the assets of the parent corporation.

Represents a joint owner of a coal-fired power plant in an operational and maintenance dispute.

Ryan has represented numerous private businesses, developers and landowners in lawsuits against government entities for claims alleging the government denied his clients their rights to due process and equal protection. Ryan has pursued these claims under 28 U.S.C. § 1983 for a local government's interference in the sale of property, wrongful enforcement of floodplain regulations and breach of contract for the construction of an educational facility.

He has represented shareholders in partnership disputes, including as first-chair counsel in a trial between business partners, in which Ryan was victorious on all claims and obtained a monetary judgment for his client.

Arguing before the Colorado Court of Appeals, Ryan pursued claims of first impression in a business shareholder dispute.

On behalf of a health insurer, Ryan defeated an ERISA claim by a plan beneficiary and persuaded both the federal district court and appellate court to deny the beneficiary's request for emergency injunctive relief.

Ryan vigorously defended a workers' compensation insurer in a dispute concerning premium calculation and the application of discretionary schedule ratings. Ryan's client, the defendant, settled the case without paying any compensation to the plaintiff.

He represents an employer in the appeal of an action for negligence under the Texas Workers' Compensation Act.