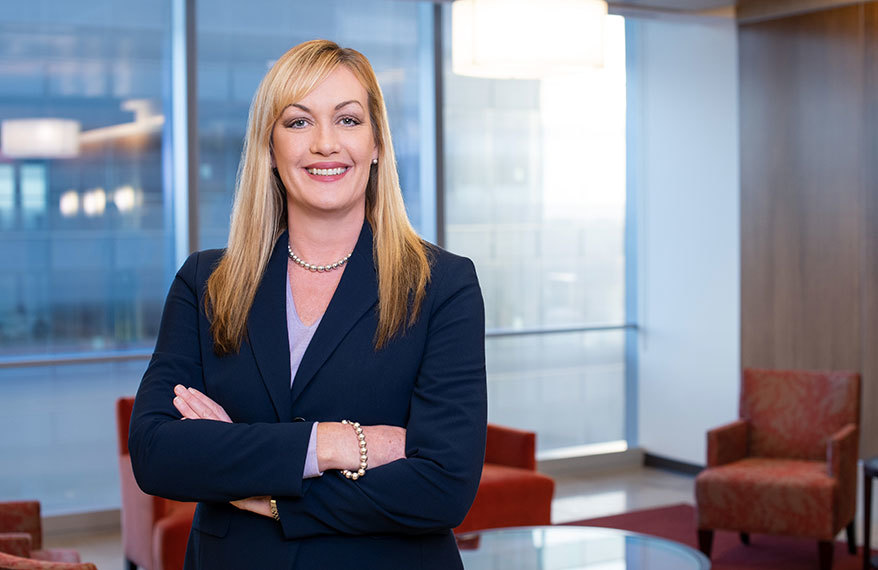 Focused on the defense of product liability claims against manufacturers and suppliers at trial and in all stages of pretrial litigation, Michelle has a firm grasp of the legal ramifications and underlying concepts governing products liability defense.

She consults with sellers of products about their warning programs and preventative risk management strategies, especially regarding children’s products and other consumer products. Michelle also helps clients develop and strengthen their supply chain agreements, including indemnity and product warranty provisions, and consults with clients on compliance with California Prop 65. Michelle assists clients with product recalls, and works with the Food and Drug Administration (FDA), Consumer Product Safety Commission (CPSC) and other government agencies to implement and streamline product recalls and withdrawals.

For over 10 years, Michelle has served as national counsel for a chemical manufacturer, defending hundreds of product defect claims against it in state and federal courts throughout the United States.

She defended a medical device manufacturer in a two-week wrongful death jury trial in which the Plaintiffs claimed that the device at issue was defective and caused the decedent's death. The manufacturer obtained a complete defense verdict with the jury finding no liability.

In April 2022, Michelle led the litigation team of a bullet-resistant body armor manufacturer in a jury trial in St. Louis in which a former police officer claimed that the body armor he wore was defective and caused his paralysis. The manufacturer obtained a complete defense verdict with the jury finding no liability.

Michelle has a deep understanding of the issues facing manufacturers of juvenile and children's products, bolstered by comprehensive knowledge of applicable laws and regulations and the standards adopted by the American Society for Testing and Materials International (ASTM) and the American National Standards Institute (ANSI).

Michelle has done a significant amount of work helping clients with California Prop 65 compliance applicable to their products sold nationally and into California. She has drafted many vendor agreements and other supply chain agreements which encompass parties' indemnity obligations, product warranties and warnings.

She prepared and led an oral argument at trial and on appeal on behalf of a defendant subcontractor in a commercial construction lawsuit. The trial court's dismissal of the case on summary judgment was affirmed on appeal after oral argument. See, Gray Ins. Co. v. Old Tyme Builders, Inc., 878 So.2d 603 (La. App. 1st Cir. 4/2/2004).

"Co-sleeping Safely: A Guide to Current and Proposed Regulations of Bedside Sleepers," September 22, 2016

"The First Baby Bed: A Guide to Current and Proposed Regulations of Bassinets," September 16, 2016

"The Modern Play Pen: A Guide to Current and Proposed Regulations of Play Yards," September 7, 2016

"New York, New York: The Status of Regulation of Children's Products in the Empire State," May 2016

"FDA Regulation of E-Cigarettes: The What, When, and Warnings," May 2016

"What is a Children's Product?" Stinson Alert, January 2016

"Children's Products and the Consumer Product Safety Improvement Act – A Synopsis of the Rules and Regulations Governing Toy Safety," September 2015

Served as a volunteer judge of the Collegiate Mock Trial Tournament at Washington University School of Law in St. Louis in 2014

Defense Research Institute (DRI), including memberships in the Children's Products and Women in the Law subcommittees