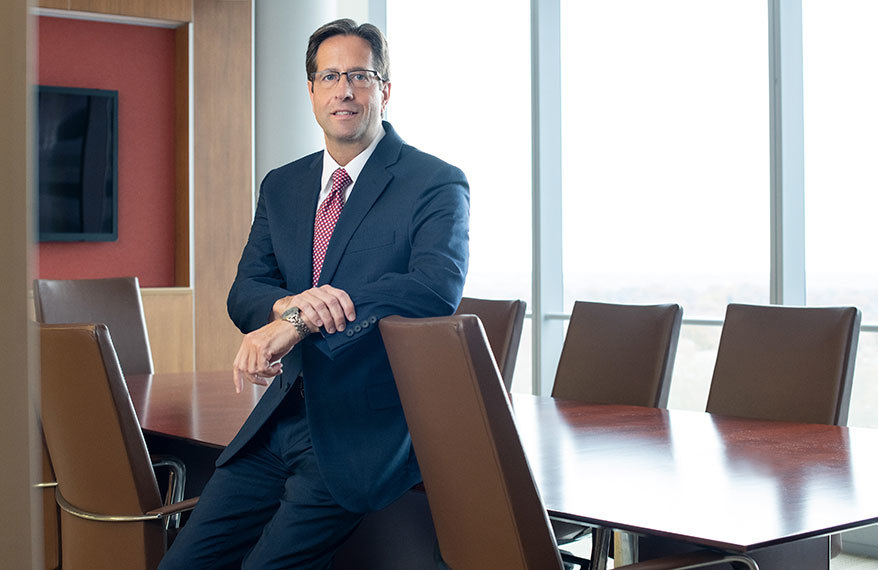 Jon has tried commercial and environmental cases in Missouri and Illinois on behalf of Fortune 500 companies and represented clients in complex litigation involving multimillion dollar claims.

Jon is a highly respected attorney who focuses his practice on representing clients in environmental, toxic tort, product liability and commercial litigation. He has successfully navigated clients through a broad array of complex cases that have included high dollar environmental liabilities and allegations of exposure to toxic chemicals such as asbestos, solvents, carbon monoxide, and other substances. In addition, he regularly litigates commercial and contract disputes on behalf of his clients. His practice also involves advising clients with respect to compliance with environmental regulations, and he serves as National and Regional Counsel to large companies facing potential liability for asbestos exposure.

Jon serves as Regional Counsel in asbestos litigation for clients that have included a pump manufacturer, telecommunications companies, utilities, and energy companies.

Jon defended a lead and zinc mining company against federal and state environmental claims brought by landowners and the State of Missouri seeking tens of millions of dollars in remediation costs. The claims included alleged violations of the Clean Water Act, RCRA, Clean Air Act, as well as common law claims of nuisance, trespass and negligence. The plaintiff also sought to shut down client's facility. The case was settled with Jon's client acquiring over 7,000 acres of property and the mineral interests, allowing for expanded operations and mineral exploration.

Jon represented a national bank at trial against claims seeking millions of dollars in punitive damages for alleged violations of the Clean Water Act involving the disposal of PCB contaminated concrete.

Jon obtained a jury verdict in favor of a client whose property was damaged by contamination due to an adjoining landowners' underground storage tank.

Jon represented numerous clients in claims brought for recovery of clean-up costs under Superfund and other statutes, including state and federal claims in jurisdictions throughout the United States.

Jon obtained dismissal of all claims against a sporting goods manufacturer brought by a minor and his family who claimed that exposure to chemical solvents caused cancer.

Jon defended a national drug store chain in a jury trial brought by a former vendor seeking millions of dollars in damages for breach of contract and other claims.

Selected for inclusion in The Best Lawyers in America©