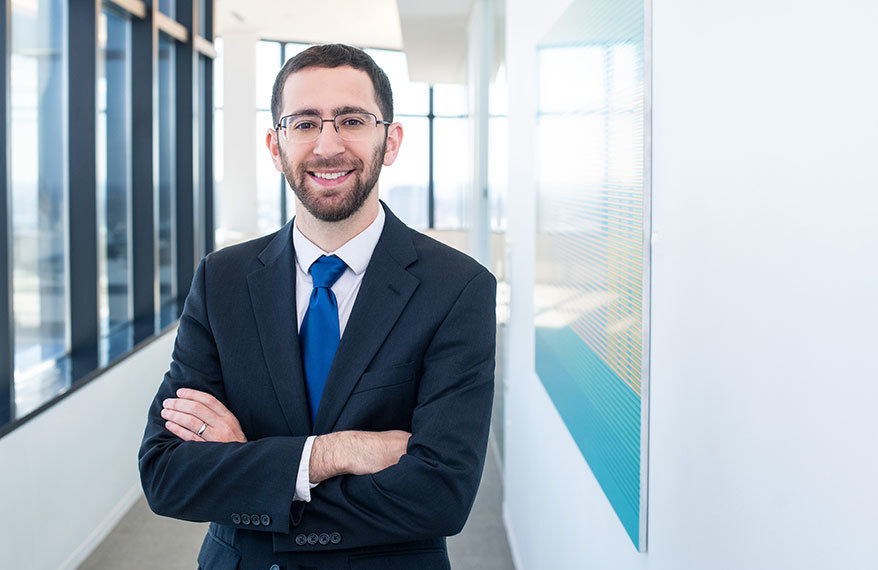 Chris works tirelessly to help his real estate and corporate clients realize opportunities and protect their rights in all transactions.

Chris assists purchasers, sellers, lenders, landlords and tenants in developing strategies and negotiating complex agreements related to sales transactions, leasing, public incentives, and corporate mergers and acquisitions. He has represented clients, both nationally and regionally, including real estate investment trusts (REIT) and commercial mortgage-backed securities (CMBS) borrowers, in the acquisition or sale of more than $1 billion of commercial real estate and the leasing of more than 500,000 square feet of commercial office space.

Keenly aware of the challenges in negotiating leases on behalf of both landlords and tenants, Chris strategically advocates for favorable lease provisions to put clients in the best position possible, while mitigating the dreaded "we have a problem" phone call.

Additionally, he understands the importance of finding the right capital stack for any project—adding value through the use of special taxing districts, such as the transportation development district (TDD) and community improvement district (CID), the utilization of tax-advantaged structures such as 1031 exchanges and Opportunity Zone funds and benefits, and other HPIP and PEAK incentives in Kansas and the Missouri Works program in Missouri.

Lead counsel representing Maxus Properties in the acquisition of the Isaac, a 266-unit luxury apartment complex in Frisco, Texas.

Represented a REIT in the $40 million acquisition of a multifamily apartment complex in Little Rock, Arkansas, by utilizing Opportunity Zone benefits.

Lead counsel representing a REIT borrower in the refinance of a multi-tenant office building with a $30 million CMBS loan.

Lead counsel representing a buyer in the $20 million acquisition of a multi-tenant office building in Kansas City, Missouri.

Lead counsel representing a tenant in the negotiation of an office lease for the relocation of its headquarters to a new 40,000-square-foot premises in Kansas City, Missouri.

Represented a REIT in the $50 million acquisition of a 175,000-square-foot multi-tenant office building in Frisco, Texas.

Represents a landlord in the negotiation of a lease for a $13 million renovation of a 150,000-square-foot senior living facility in the Kansas City metropolitan area, as well as protecting the landlord's rights in a dispute with the tenant, and the later termination of the lease and pending sale of the facility for a profit.

Represents a landlord in the drafting and negotiation of office leases for a 230,000-square-foot multi-tenant office building in Kansas City, Missouri.

Represented a NASDAQ-listed client in obtaining a nine-figure incentive package for a $400 million project to construct an 880,000-square-foot omni-channel distribution center in Kansas City, Kansas, which includes the creation of nearly 2,000 jobs.

Lead counsel for a merger and corporate restructuring of a discount retailer in the Kansas City Metro Area.

Lead counsel to a purchaser in a $20 million acquisition of a reverse logistics company and a transportation company operating in the Midwest.

Counsel for a purchaser in its $20 million acquisition of assets from a 200-year-old American manufacturing company in a Chapter 353 sale.

University of Oklahoma College of Law, J.D., with highest honors, 2014