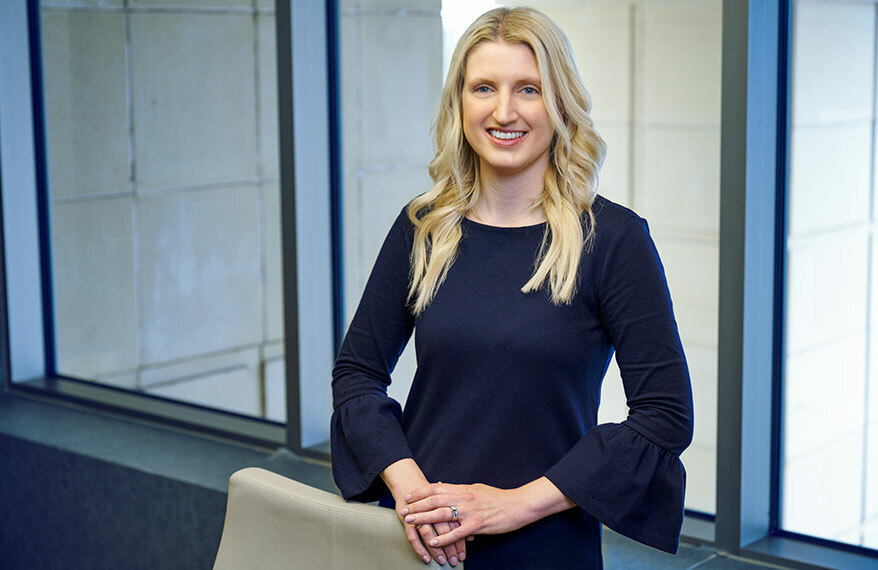 Christina understands the ins-and-outs of complex litigation. Her journalism background makes her well-suited to investigate challenging issues from all angles and tell her clients' stories in a compelling way.

Her practice focuses on complex litigation (including product liability), employment law, business litigation, and trade secret misappropriation. She has represented clients in state and federal court and before administrative agencies, managed discovery obligations, and successfully drafted and argued a variety of motions.

Christina has defended employers in a range of employment litigation, including discrimination, retaliation, and defamation claims under federal and state statutes. Outside of litigation, she advises employers on a range of workplace issues, such as employee handbooks and employment/independent contractor agreements.

She has done extensive work in appellate matters, including drafting appellate briefs and arguing before the Kansas Court of Appeals.

She was part of a litigation team representing a bankers' bank accused of misappropriating trade secrets by a software company.

She won summary judgment on behalf of an insurer against claims for breach of fiduciary duty and negligent misrepresentation in a life insurance dispute.

Christina represented an employer and management employee in a lawsuit brought by the employee's former employer, alleging breach of a covenant not to compete and tortious interference with an employment contract. She presented oral argument before the appellate court challenging the district court's order entering a temporary injunction, resulting in the reversal of that order and vacation of the temporary injunction.

She represented a Kansas Groundwater Management District and its members in connection with an impairment complaint filed by the U.S. Department of the Interior and the Quivira National Wildlife Refuge, contending that over 2,000 water rights in the Rattlesnake Creek subbasin were impairing its senior water right.

Christina acted as the lead associate managing discovery in a complex, multimillion dollar dispute involving claims for breach of contract and misappropriation of trade secrets.

Christina served as a Research Assistant to Professor David Rubenstein and Associate Professor Emily Grant at the Washburn University School of Law and performed research in connection with the following articles:

Recognized as a Woman Who Leads in Legal by the Wichita Business Journal.