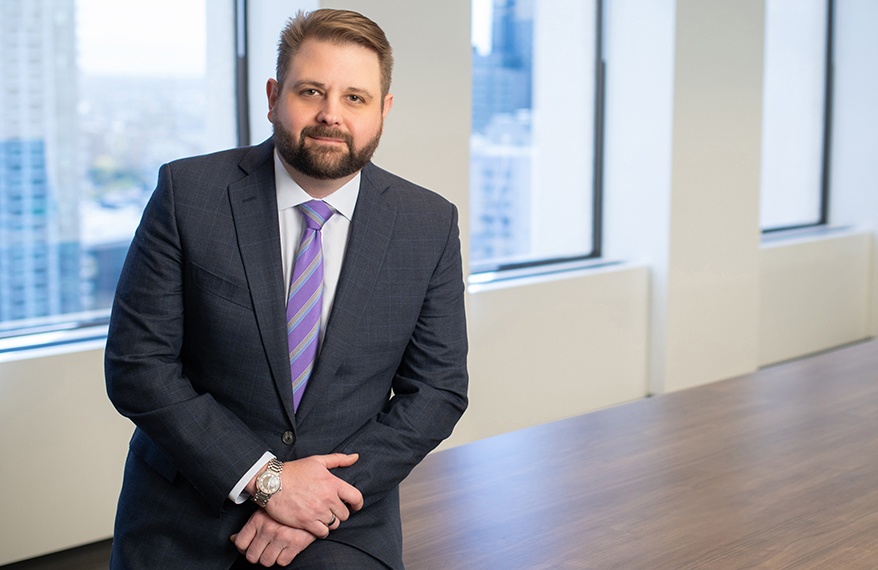 "Bryan's knowledge of the facts and his presentation to the jury were exceptional," said client and Turbines' President Peg Mills. "His personal commitment to understanding our business and its products and services is what sets him apart in my mind."

A certified private pilot, clients rely on Bryan throughout highly complex litigation matters in State and Federal court because of his tenacious quest to understand his clients' business, to discover and understand the facts, and effectively advocate for their interests in the heavily regulated aerospace industry. Bryan takes the time to really know his clients' business, and in each case he puts an extra emphasis in understanding his clients' objectives – what kind of resolution would the client consider a win.

He has represented clients in every corner of the aerospace industry: from original equipment manufacturers and component manufacturers, to airlines, Part 135 operators, corporate flight departments, and fixed base operators, to Part 145 repair stations and more. His work for clients in the aerospace industry necessarily involves a vast knowledge and expertise in Federal Aviation Regulations and application of the regulations and other federal and state law affecting the industry.

Bryan has solved problems regarding commercial disputes involving master supply agreements, breach of contract, intellectual property, theft of trade secrets, and fraud. He has extensive experience in resolving problems related to manufacturing defects and product liability issues involving aircraft and commercial/industrial machines—leading investigations to determine cause and liability. In the process he uses a vast array of experts in failure analysis, including metallurgists and engineers from numerous specialties. These investigations have helped many clients resolve problems before formal litigation can commence, providing an in-depth understanding and analysis of the liability exposure and potential paths to resolutions.

While most problems are, and should be, resolved outside of the courtroom, as a trial lawyer he treats every problem as if it will go to trial or arbitration. His preparation and experience in the courtroom has led to numerous wins, where he focuses on the facts and presentation to help the jury return a verdict based on science and evidence. Bryan has tried 15 cases in state and federal courts across the country, 8 as first chair.

In addition to his work for clients in aerospace industry, he has also represented businesses in complex litigation in a range of industries. His background as a police officer solidified his fact gathering, investigation and negotiation skills, as well as his ability to handle high-stress situations.

In 2017, he successfully represented a manufacturer of turbine component parts against breach of contract claims seeking over $60 million in damages relating to a master supply agreement and whether parts met specifications and were properly manufactured.

Represented an aerospace client seeking damages for the breach of a master supply agreement and potential theft of trade secrets relating to a military aircraft program.

In 2019, he obtained a directed verdict after two-week jury trial in a Texas State Court in El Paso, Texas for an aviation client accused of negligence and unsafe work conditions.

He successfully managed all litigation and claims for a captive insurance company owned and operated by over 200 Part 145 repair stations.

In 2016, he obtained a Top 100 verdict in Texas on behalf of a business client in a trademark infringement case according to topverdict.com.

In 2019, he obtained a defense verdict following a one-week jury trial in State District Court of Butte County, California for client in breach of contract and products liability action related to the manufacture and installation of an engine kit for aircraft.

He successfully represented an offshore helicopter operator in numerous cases involving claims related to its operations, including multiple jury trials in state and federal courts.

In 2018, he obtained a take-nothing judgment in United States District Court for the Southern District of California following a two-week jury trial on behalf of client against claims of fraud and breach of contract in regards to the sale of multiple aircraft engines.

In 2018, he successfully represented an aviation client, obtaining dismissal at conclusion of the first week of a scheduled two-week bench trial in California State District Court, Los Angeles County for breach of contract.

He has successfully represented several airlines against claims brought under the Montreal Convention.

"Get the Goods – Replace Standard Terms & Conditions with an MSA to Mitigate Risk," Association of Corporate Counsel

Has argued at the Supreme Court of Texas.