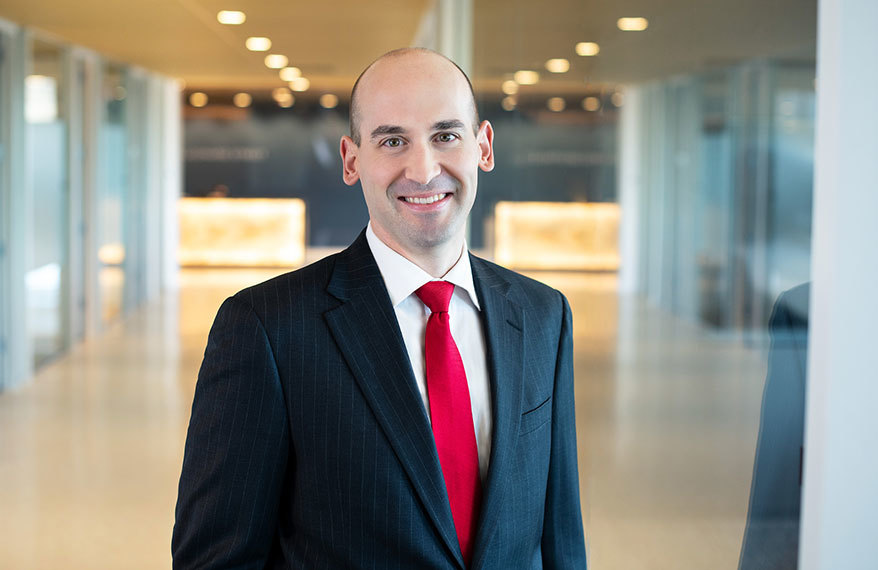 Ben brings his unique array of government, industry, and legal experience to bear to help clients solve their most pressing problems.

Ben gained invaluable experience working as a vice president and general counsel for a specialty concrete construction company. In that role, Ben gained critical insight of the ins and outs of the operational, financial and legal concerns at each stage of a construction project. Adding to that industry experience, Ben also served as a project manager for a shipyard where he planned and supervised the maintenance and repairs for two U.S. Navy guided missile destroyers.

Before attending law school, Ben was an officer in the U.S. Navy where he was deployed twice to the Middle East.

Ben is committed to the firm's pro bono efforts. In addition to several naturalization- and asylum-related matters on which he’s worked over the years, Ben also achieved a rare reversal of a criminal conviction for a pro bono client before the Minnesota Court of Appeals.

Represented an owner in litigation involving design defects in a new parking garage, which included technical issues including calculations of forces acting on the structural members of the garage. Ultimately the case resolved before summary judgment with a favorable settlement for the client.

Achieved a favorable settlement just before an evidentiary hearing for a nationally renowned concrete contractor in an arbitration involving complex delay and disruption claims arising out of the construction of a parking ramp and condominium building. Warded off highly technical counterclaims concerning the client’s work through skilled expert analysis and deposition.

Represented a national home maintenance and repair company in several litigated and transactional matters throughout the United States, including payment, workmanship and warranty disputes.

Represented a hydrodemolition subcontractor in a multimillion dollar, multi-forum dispute on a federal government project, which included highly technical issues regarding concrete bond strength, microfracturing and testing and inspection standards. Achieved a partial summary judgment on a Miller Act claim.

Advised a condominium homeowner's association in litigation involving construction defect and misrepresentation claims against the developer. After successfully opposing summary judgment, he achieved a favorable settlement for the client.

Represents a Class I railroad in disputes throughout the country, including in accounting, operational and environmental disputes.

Represented a railroad in defense of a CERCLA contribution action involving an estimated $200 million cleanup of soils, groundwater and sediments at a site in a former industrial harbor on Lake Superior. In addition to the technical challenges of chemical fate, transport and fingerprinting, this case posed unusual historical and evidentiary issues to deal with events that allegedly occurred between 1885 and 1947 for which no live witness testimony was available.

Represented a Class I railroad in a dispute over the operational and accounting requirements of an 80-year-old joint agency agreement. After a hotly-contested arbitration, he achieved a multimillion dollar award and favorable declaratory judgment terms, along with attorneys’ fees and costs associated with the arbitration.

Represented the operator of a cogeneration power plant in an arbitration brought by the host chemical plant for equipment damage and lost profits resulting from the cogeneration plant's shutdown and inability to supply electricity and steam after an electrical storm. This case involved difficult technical issues regarding the impact of lightning on the cogeneration plant's failure to transition into an independent mode of operation, and the cause of damage to the chemical plant's olefin cracking furnaces.

Achieved a resounding arbitration victory for an ethanol plant that was wrongfully charged additional fees for natural gas transportation. He mastered the technical complexities of the case and leveled a highly effective cross-examination of the opposition’s expert witness, which all but ensured a successful result.

Assisted a commercial building owner in a dispute with a single use commercial tenant over the interpretation and application of long-term ground leases drafted nearly a century ago. Obtained partial summary judgment for the building owner on the applicable measure of damages.