COVID-19 Recovery: Are You Ready for the SIGPR?

The COVID-19 pandemic hit the United States in 2020 and Congress responded with legislation to provide a variety of forms of relief to small and large businesses and nonprofits, as well as individuals. In addition to providing relief under vehicles such as the Small Business Administration’s Paycheck Protection Program (PPP), Economic Injury Disaster Loans (EIDL), Payroll Support Program and Coronavirus Relief Fund, the legislation established the Special Inspector General for Pandemic Recovery (SIGPR) to actively audit and investigate the application, issuance and use of these funds to ensure that they were properly sought, disbursed and used.

The scope of the funding programs covered by the SIGPR is quite large: 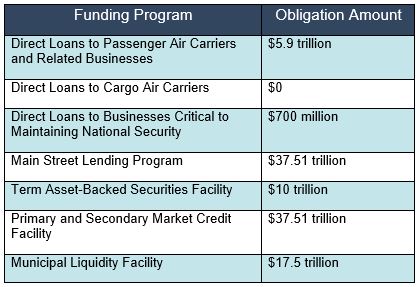 For government contractors, this is a familiar activity—where concerns of potential waste, fraud or abuse regarding government programs or contracts are raised, government auditors have the right to step in to review the contractor’s books and records, to interview personnel, and otherwise investigate the allegations. Contractors found to violate the terms of their contracts in this regard may be referred for prosecution under statutes such as the civil False Claims Act (cFCA). The violation of the cFCA carries specified damages, including repayment, assessment of damages for each false claim, as well as treble damages, and the risk of referral for suspension or debarment from government contracting for a period of years.

For those unfamiliar with the cFCA, but who have availed themselves of PPP or EIDL funds, or otherwise sought government funding, the SIGPR now carries out these same types of functions for the above pandemic relief programs.

The SIGPR’s first quarterly report to Congress was issued on September 30, 2020. The SIGPR has been busy gearing up and entering into partnerships with the other Inspectors General (IGs), as well as the Financial Crimes Enforcement Network, U.S. Attorney’s Offices, the Department of Justice (DOJ), and the Securities and Exchange Commission, to carry out its mission. It has also launched a website, to facilitate the reporting of information on suspected waste, fraud, and abuse by whistleblowers who might seek recovery for being the first to report on fraud under the pandemic. The SIGPR reports that it is conducting 21 preliminary investigations into allegations of improper activity—seven have been referred to other IGs and one is being worked in partnership with a U.S. Attorney’s Office.

News reports indicate that fraudulent activities relating to the pandemic relief and recovery programs are also being uncovered by the DOJ and U.S. Attorney’s Offices, and state investigators. For example, on October 14, 2020, the DOJ reported that four individuals were arrested and more than $1.2 million in cash was seized in a “wide-ranging, ongoing joint federal and state investigation into a significant number of unemployment insurance claims submitted to the Rhode Island Department of Labor and Training, and elsewhere, for benefits funded in part by the Coronavirus Aid, Relief, and Economic Security (CARES) Act.” The press release alleges that the individuals used stolen personal identifying information to file these fraudulent applications for funds. Earlier in October, DOJ also reported that it indicted a Mr. Sah for $24 million in PPP fraud, including wire fraud, bank fraud and money laundering counts. Mr. Sah allegedly spent more than $17 million in PPP loan funds on “lavish personal expenses” looking at the PPP as “his own personal piggy bank, treating himself to not only millions in cash, but several luxury vehicles and properties.” The money came from allegedly fraudulent applications for PPP funds filed under various business names with different SBA-approved lenders, seeking funds to pay the payroll of “employees.”

Previously the SBA announced that it would be engaged in full audits of all PPP loans of $2 million or more, as well.

Given the above, those who sought and/or received federally-funded pandemic relief would be well advised to ensure their records are up to date and that any applications for funds or for relief from funds, and expenditures of funds are being made consistent with the requirements of the implementing legislation. They also should watch for future audit requests.