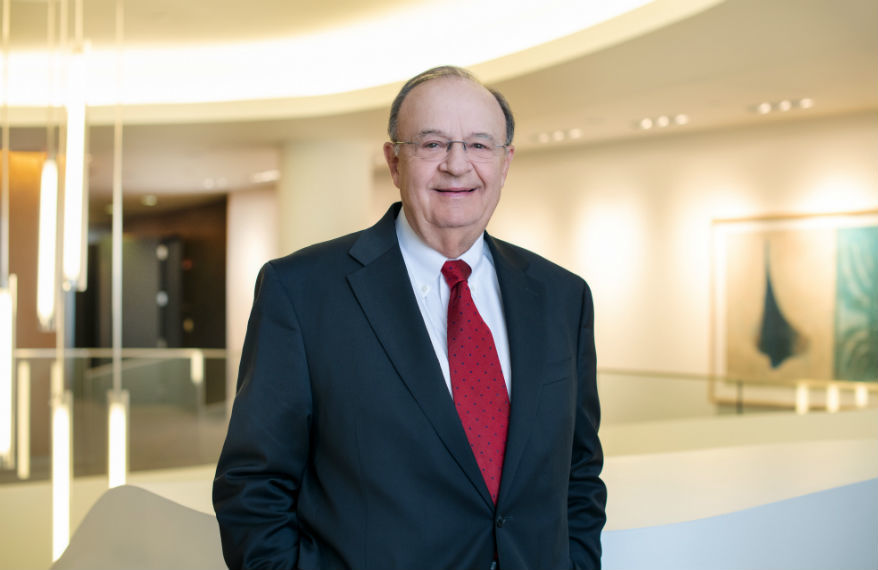 Peers describe Bob as "very talented - the number-one guy in Kansas City," and say: "There is nobody better on banking in this region, from Chicago to Dallas," according to Chambers USA.

As legal counsel to well over 150 financial institutions, Bob uses his financial acumen and regulatory and compliance knowledge to guide strategic acquisitions, structure complex finance plans and advise on regulatory and liability issues.

Bob represented banking entities in mergers and acquisitions in approximately 20 separate Bank M&A transactions during the past 24 months.

He represented approximately 30 buyers of failed banks during the last 10 years.

He applies deep knowledge of finance law to represent clients in capital raises.

He has represented directors before federal and state bank regulatory authorities on the full range of regulatory issues.

Widely respected by his peers in banking and finance, Bob is constantly speaking and writing on banking issues and dedicated 25 years to educating the next generation during his tenure at the University of Colorado Graduate School of Banking.

Bob spoke for 25 years on a variety of crucial banking matters during his time at the University of Colorado Graduate School of Banking. He continues to educate the banking industry by frequently speaking for the Missouri Bankers Association, Missouri Independent Bankers Association, Kansas Bankers Association, Arizona Bankers Association and the Conference of State Bank Supervisors. In addition, he has spoken in front of many groups on banking and corporate law. Finally, Bob has written many articles and booklets on various banking issues for a number of banking organizations.

Selected for inclusion in Missouri & Kansas Super Lawyers© for Banking