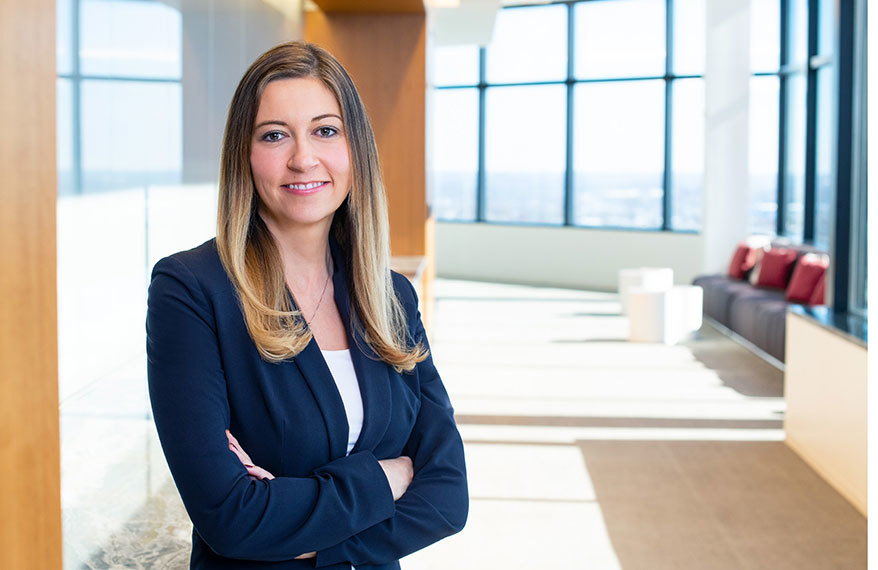 Angie focuses on trusts, estates and fiduciary-related litigation and on construction litigation.

Angie has experience representing individuals and businesses in a variety of complex commercial litigation matters in both federal and state courts in Missouri, Kansas and other states, including California, Texas, Arizona, Illinois, Pennsylvania and New York.

She has maintained actions to construe and modify/reform trusts; defended corporate fiduciaries against claims of fraud, negligence and breach of fiduciary duty; and investigated fiduciary misconduct. In the realm of construction and general business litigation, she has resolved disputes involving business torts, breach of contract and professional negligence through mediation, litigation and arbitration.

Modified, terminated and reformed trusts through judicial and non-judicial means in Missouri, Kansas and Arizona.

Defended owner in state court against $120 million in claims based on breach of contract and fraud involving construction of a pipeline for the transportation of crude products.

Defended and prosecuted claims for a county government in federal court relating to a commercial wind energy project.

Defended supplier/contractor in federal court against $60 million in construction defect and fraud claims.

Defended and prosecuted breach of contract claims on behalf of owners and contractors/subcontractors in state and federal courts and arbitration.